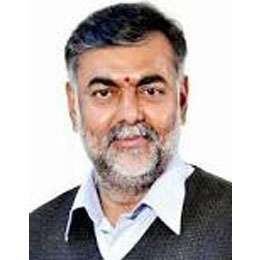 Prahlad Singh Patel is a Member of Indian Parliament from Damoh Loksabha Constituency in Madhya Pradesh and was a minister of state for coal in Third Vajpayee Ministry. Prahlad Singh Patel was born in Narsinghpur and by profession is an advocate. He was first elected in 1989 to 9th Lok Sabha and again in 1996 re-elected to the 11th Lok Sabha (2nd term), in 1999 13th Lok Sabha (3rd term) and in 2014 16th Lok Sabha (4th term).

Uma Bharti denies she ever sought ticket from Bhopal