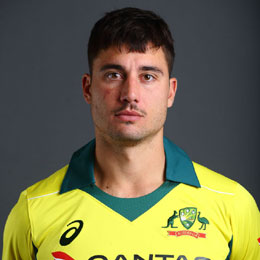 The batting allrounder made his international debut in August 2015 against England in a T20I match and was later got an ODI call-up next month. On his ODI debut, he didn't live up to the expectation and scored only four runs. In his initial stage of career, he was in and out of the national team but later got his place back into the team with the status of an allrounder. Stoinis exemplary performances in T20 leagues proved him to a great asset in the shorter format of the game. In his ODI comeback in January 2017 he played a career-defining knock of unbeaten 146 from No. 7 batting position. He also picked up three crucial wickets in the same game to cement his place in the national team.