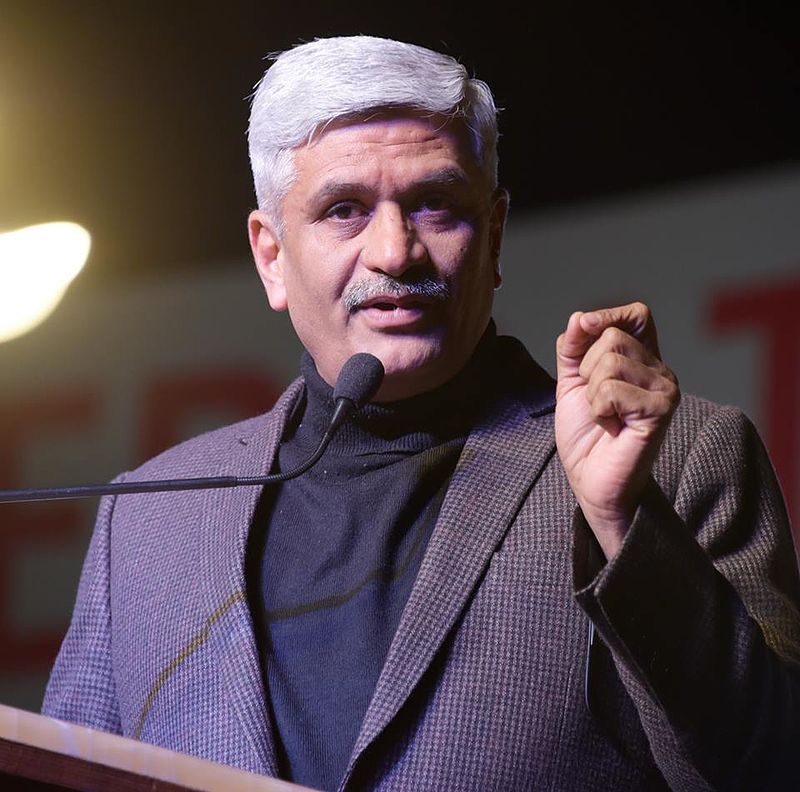 Gajendra Singh Shekhawat (born 3 October 1967) is an Indian politician from Rajasthan who is currently serving as Minister of State for Agriculture and Farmers Welfare. He is a member of parliament from the Bharatiya Janata Party (BJP) representing Jodhpur in the Lok Sabha. Shekhawat is also National General Secretary of the BJP Kisan Morcha, the farmers' wing of the Bharatiya Janta Party. Before entering electoral politics, Shekhawat held positions in many forums and organisations; he was the co-convener of the Swadeshi Jagran Manch, the economic wing of the Sangh Parivar and the General Secretary of Seema Jan Kalyan Samiti, an organisation dedicated to strengthening national security by developing border towns and villages. As General Secretary, he was instrumental in building a second line of defense that consisted of civilians residing near the border area of Rajasthan. He was also instrumental in furthering the impact of civil defence by setting up 40 schools and four hostels along the Indo-Pak border. He was elected as a member of parliament to the 16th Lok Sabha in 2014, with the highest ever winning margin (4,10,051 votes) from the constituency of Jodhpur. One of his major achievements during his tenure as an MP has been the expansion of the Jodhpur Airport, a demand that had continuously been raised during the last 18 years.