TV actress Anita Hassanandani, who is currently seen in Salman Khan produced dance-based reality show Nach Baliye 9, left her fans in amazement as she shared a picture of herself flaunting some pole dancing moves.

TV actress Anita Hassanandani, who is currently seen in Salman Khan produced dance-based reality show Nach Baliye 9, left her fans in amazement as she shared a picture of herself flaunting some pole dancing moves. Anita and her husband Rohit Reddy have been working hard for the reality show and have already learned many dance forms. Looks like the Naagin 3 actress is all set to impress her fans with pole dancing in the upcoming episodes.

Anita Hassanandani took to her Instagram to share a picture of herself stretching her legs by a pole. The actress wrote, “Thank you for an amazing session!” Not just a sassy pose but Anita Hassanandani also flaunts her infectious smile in the picture. Along with winning hearts from her picture, the TV actress also shared a video on her social media in which she can be seen showing off her sultry pole dancing moves. The actress aces the dance form with perfection and definitely impresses in the video. Check out the viral video here- 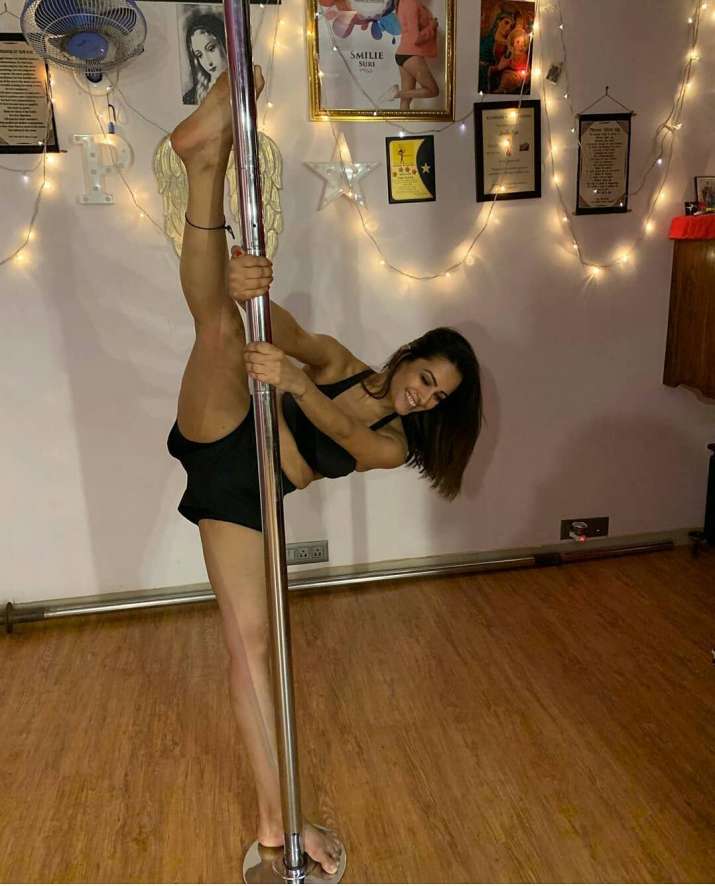 As soon as Anita shared a sneak peek from her pole dancing session, her friends from the industry flooded her post with comments. From her Naagin 3 co-stars Ali Goni and Pearl Puri to Yeh Hai Mohabbatein co-star Krishna Mukherjee and Karanvir Bohra, everyone appreciated Anita’s dance. KV wrote, “Wyatt the freakin hell.... Awesome.” Krishna dropped a comment saying, “Now that’s Sexyyy.” Check out the comments here- 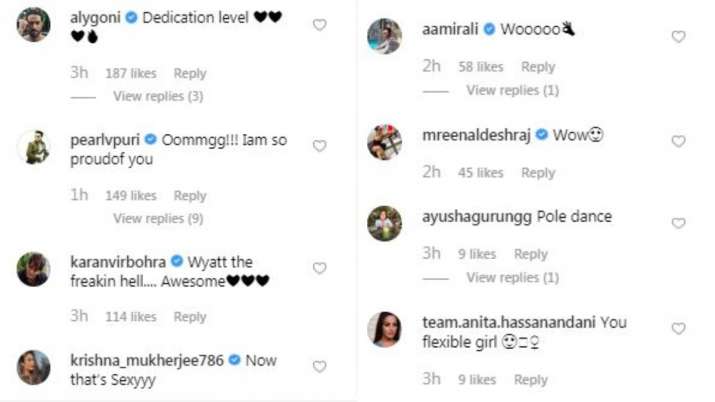 Currently, Anita Hassanandani is ruling the stage of Nach Baliye 9 with her husband Rohit Reddy. The actress is also said to eb the highest paid celebrity on the show. Commenting on the same, Anita Hassanandani earlier said, "I wouldn't know that because I don't know how much others are getting paid, but I am really happy with what I am getting." She added, "I always wanted to be a part of Nach Baliye. There's a right time for everything and I think this was the perfect time for me to take up this show. It took me many years to convince my baliye (partner) to do this show. Apart from this Naagin 3 just ended and I had all the time in hand. This is a show which needs 100 per cent focus and I now have all the time."

Also read: Nach Baliye 9: Anita Hassanandani and Rohit Reddy will not perform this week, here's the reason why