OMG! Harshaali Malhotra aka Munni from Bajrangi Bhaijaan looks so adorable and grown up in this new picture

Harshaali Malhotra is all set to share screen space with this Bollywood actor.

Salman Khan’s little lady from Bajrangi Bhaijaan, Munni aka Harshaali Malhotra looks all grown up and even more adorable in this latest picture. On Saturday, Daddy actor Arjun Rampal shared a picture with Harshaali on his Instagram account. He wrote: With my new costar @harshaalimalhotra_03 at the reading of my new film #Nastik what a delight she is. As revealed by the actor, Harshaali Malhotra is going to share the screen space with Arjun Rampal in an upcoming film ‘Nastik’. The nine-year-old is wearing white-coloured dress with a butterfly hair band. The look on her face reminds us of Munni from Bajrangi Bhaijaan; except for the fact that Munni looks all grown up now. After all, it has been two years since we saw her on silverscreen.

With my new costar @harshaalimalhotra_03 at the reading of my new film #Nastik what a delight she is.

Salman Khan’s co-star Harshaali Malhotra stole million hearts when she made her debut in acting with Bajrangi Bhaijaan. She played the role of Munni, a Pakistani girl who got lost in India. Apart from Bajrangi Bhaijaan, Harshaali started her acting career with TV commercials. She also appeared in Zee TV and Life OK shows. For the film Bajrangi Bhaijaan, she auditioned with approximately 1000 child artistes among which she was chosen for the role of Shahida.

On my way to launch Max Magazine for their December issue. Super excited to be a part of this fun and fashionable event #eventlife #maxmagazine #kidsmagazine #harshaalimalhotra #actor 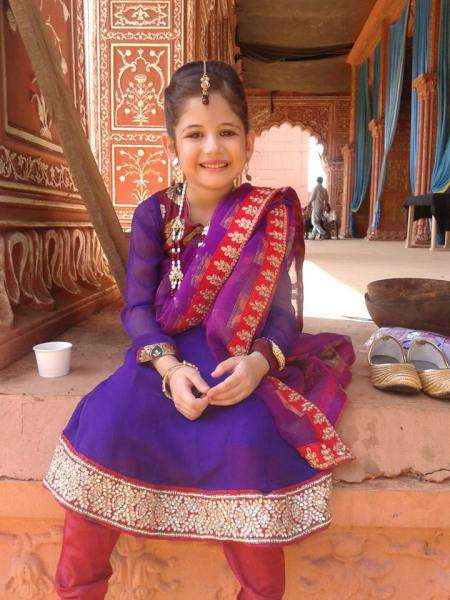