In the 90-seat assembly, BJP may win 50 (+/-5) seats, while the main opposition party Congress may win 30 (+/- 5) seats. Bahujan Samaj Party and Ajit Jogi's Janata Congress Chhattisgarh (Jogi) -JCCJ - combine may win nine seats, while 'others' may win one seat. Others include smaller parties and independents.

In the last assembly polls in 2013, BJP had won 49, Congress had won 39, JCCJ had won one and 'Others' had won one seat. Polling in Chhattisgarh will be held in two phases on November 12 and 20. The results will be announced on December 11. 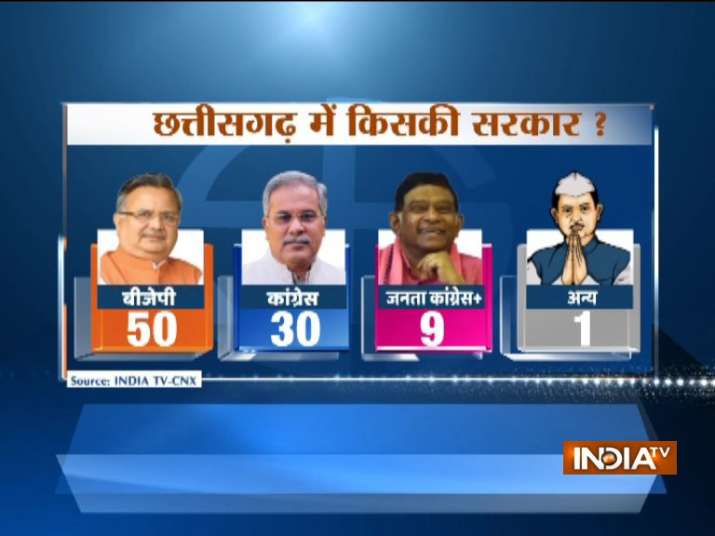 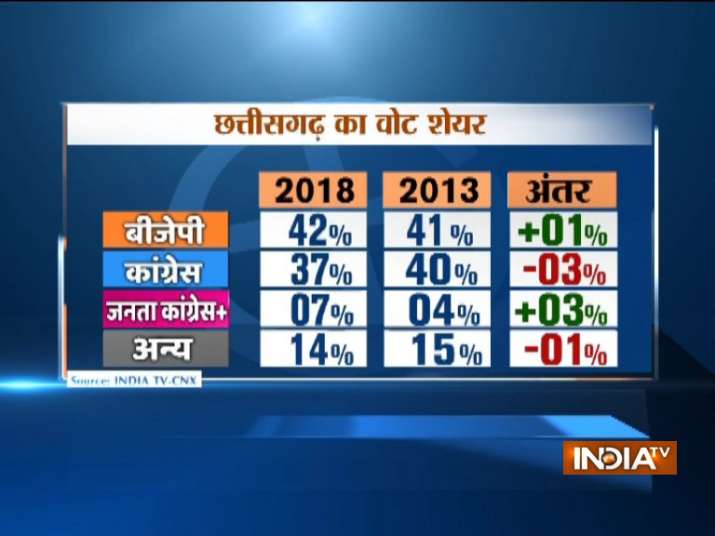 In the 2013 assembly polls, BJP had got 41.04 per cent and the Congress had got 40.29 per cent votes. This represents a 1.16 per cent upward swing in vote share for BJP and 3.08 per cent downward swing for Congress, says the pre-poll survey.

In the pre-poll survey, a huge 40.71 per cent respondents said they wanted Raman Singh to stay as Chief Minister, while 19.2 per cent favoured Congress leader Bhupesh Baghel as CM.

Asked what will be the biggest issue in the coming polls, 35.9 per cent said Development, 20.71 said Unemployment, 15.71 per cent said Petrol Diesel price hike, 12.58 per cent said farmers' problems, 10 per cent said Corruption, and only 3.55 per cent respondents said Rafale Deal.

Opinion Poll - How it was conducted

The survey team visited 30 out of 90 assembly constituencies and the respondents were selected randomly keeping in view demographic, professional and migration dimensions. The results are subject to a margin of error of 2.5 per cent.