Asus ROG Phone 2 set to launch in China on 23rd July that is likely to come with 120Hz display, with 3C certification and 30W fast charging.

Asus has announced the launch of the ROG Phone 2 that will take place in China on 23rd July. One of the biggest highlights of the phone would be the 120Hz display with 3C certification and 30W fast charging.

Not much is known about the specifications of the ROG Phone 2, but what can be said is the fact that the phone will feature a better display, latest Qualcomm Snapdragon 855 processor with 10GB or 12GB RAM, backed with 512GB storage. Other features of the phone would include the improved GameCool system and a bigger battery with fast charging support. 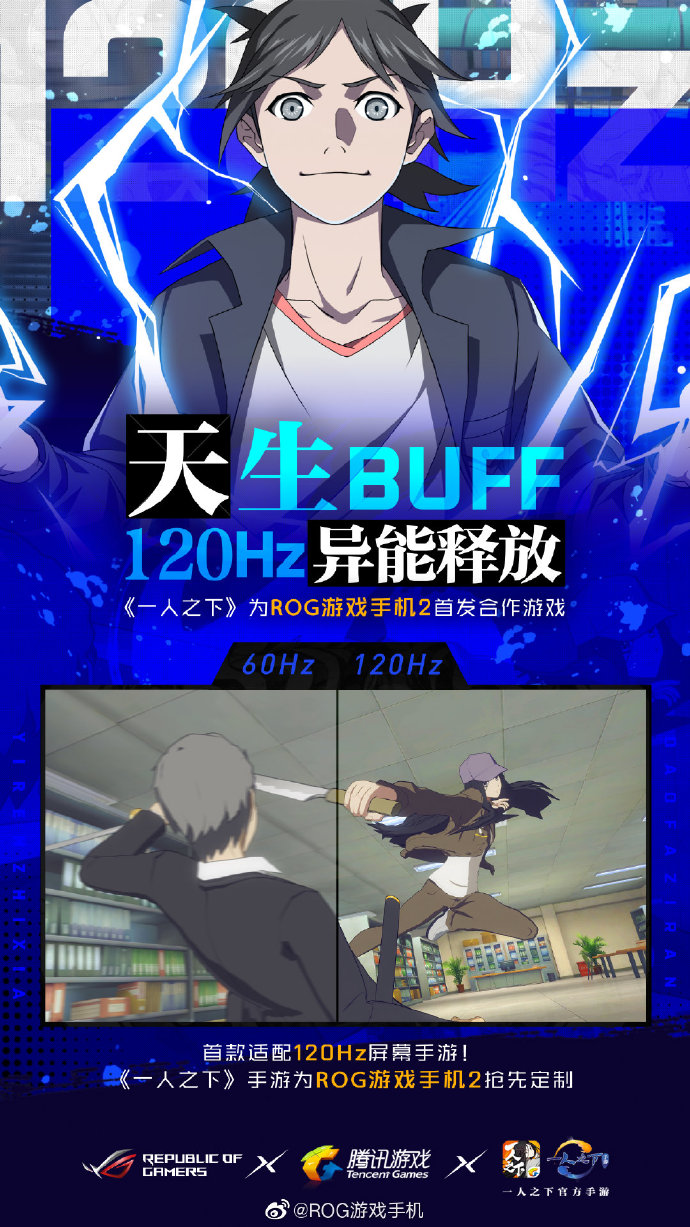 Asus had launched the first ROG phone at Computex in June 2018 and was later launched in India for Rs 69,999 in November. The current Asus ROG phone comes with a 6inch 18:9 90 Hz AMOLED display with 2160x1080 pixels and 1ms response time. It gets gaming HDR and mobile HDR support and gets Corning Gorilla Glass 6 for protection.

Powering the phone is the Qualcomm Snapdragon 845 SoC, clocked at 2.96GHz with Qualcomm Adreno 630. It comes with a 12 Megapixel Sony IMX363 sensor along with a secondary 120 degree rear camera. On the front is the 8 Megapixel camera with F2.0 aperture. It comes with IPX4 splash resistance, Dual front-facing 5-magnet stereo speaker and a 4000mAh battery.