Opener Rohit slammed his maiden double century to cement his position at top but it was Umesh Yadav, who wooed Ranchi's crowd with his monstrous sixes.

3rd Test: How Rohit weathered the early Rabda storm to reach his ton

Skipper Virat Kohli, who was in the dressing room gave a hilarious response after every time Umesh strike the ball out of the park. Even, Proteas skipper Faf du Plessis was in disbelief when Umesh activated his 'beast mode'. 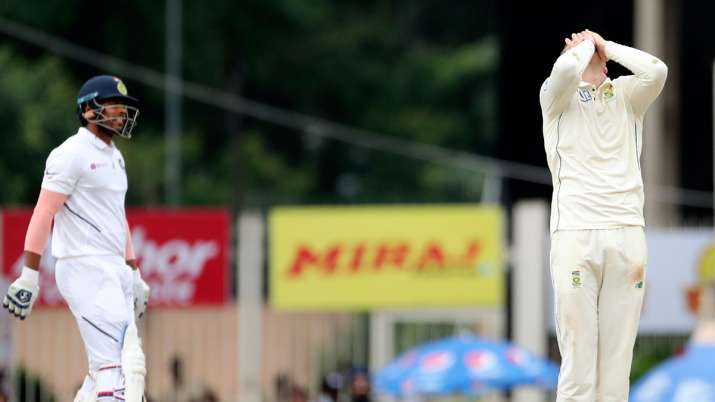 Earlier, there was no stopping the Rohit Sharma juggernaut as the ace India opener notched up his maiden Test double hundred in the third and final Test against South Africa here at the JSCA Stadium on Sunday.

Rohit finally departed for 212 from 255 balls with the help of 28 fours and six sixes. He was caught at the fine leg boundary by Lungi Ngidi off Kagiso Rabada.

Rohit always looked good for a 'big daddy' hundred when he came out to bat with an overnight score of 117 on the second day, milking the Proteas bowlers around with relative nonchalance.