Australia vs Sri Lanka, 2nd Test: Dimuth Karunaratne taken to hospital after being hit on the head by a bouncer

The 30-year-old Karunaratne, who retired hurt on 46, left the ground on a motorized stretcher.

Sri Lanka opener Dimuth Karunaratne was hit by a bouncing delivery on his helmet and was taken off the field at Manuka Oval on a stretcher on the second day of the test match against Australia.

Karunaratne crumpled to the ground after ducking into a Pat Cummins bouncer which rocketed into the back of his helmet after tea on the second day Saturday.

The 30-year-old Karunaratne, who retired hurt on 46, left the ground on a motorized stretcher. He was later shown on television being taken by ambulance to a hospital.

A poignant moment at the Manuka Oval, with Karunaratne being stretchered off to the crowd giving a generous standing ovation #AUSvSL #AUSvsSL pic.twitter.com/hrQTVclN5M 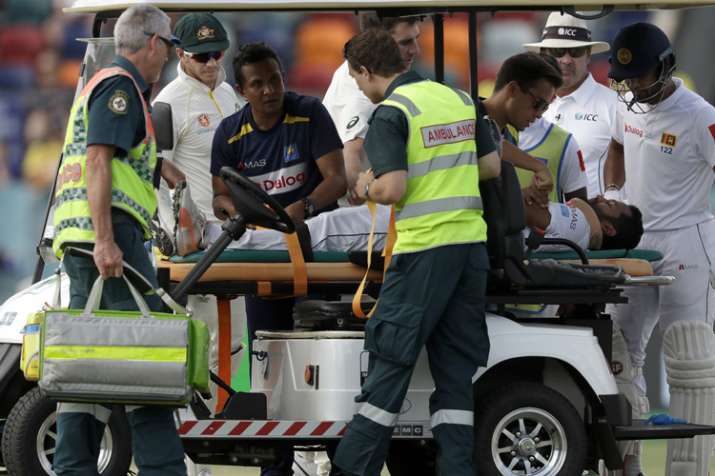 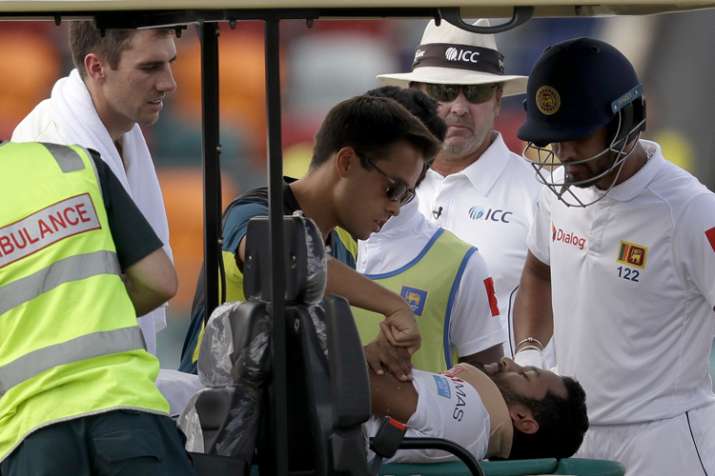 He appeared to be conscious, although medical staff appeared concerned about his neck.