Congress president Sonia Gandhi on Friday constituted the party's screening committee for the Uttar Pradesh assembly elections with Jitendra Singh as its chairman. The committee has three members and others who are ex-officio members.

Rajya Sabha MP Deepender Singh Hooda and Maharashtra MLA Varsha Gaikwad have been appointed as members of the panel, which also has the party general secretary in-charge for Uttar Pradesh as its member. 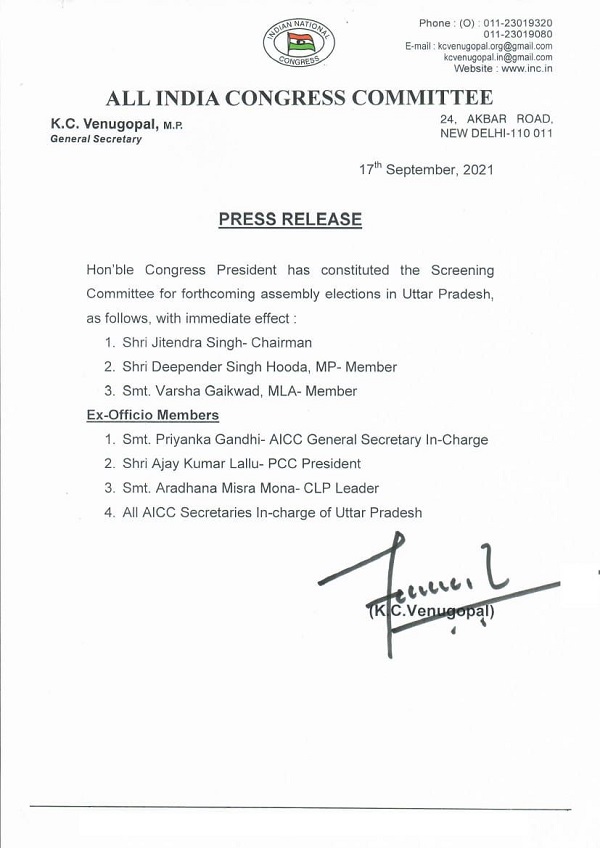 All AICC secretaries for Uttar Pradesh have also been appointed as ex-officio members of the panel.

The panel will short-list party candidates for the assembly polls. Assembly elections in Uttar Pradesh are slated early next year.