Danish Siddiqui, 38, was on an assignment covering the clashes in the volatile Kandahar region, as the US withdraws its forces from Afghanistan ahead of the August 31 deadline set by President Joe Biden.

At a time when the world is mourning the killing of Danish Siddiqui, a Pulitzer Prize winning Indian photojournalist who worked for Reuters news agency, in Afghanistan while covering the fierce fighting between Taliban militants and Afghan troops, the Taliban has 'denied any involvement in his death' saying they do not know how he died.

CNN-News 18 has quoted Taliban spokesperson Zabiullah Mujahid saying that 'they are not aware during whose firing the journalist was killed and that they don't know how he died'.

Speaking to CNN-News18, Taliban spokesperson expressed regret on Danish Siddiqui's demise saying 'they are sorry for his death'.

Furthermore, the Taliban spokesperson informed CNN-News18 that, 'if any journalist is entering a war zone then they should be informed about so that they can take proper care of the individual'.

Siddiqui died during an assignment in Kandahar

Siddiqui, 38, was on an assignment covering the clashes in the volatile Kandahar region, as the US withdraws its forces from Afghanistan ahead of the August 31 deadline set by President Joe Biden.

ALSO READ | 'He was our eye': Tributes pour in for photojournalist Danish Siddiqui

Afghan special forces had been fighting to retake the main market area of Spin Boldak in Kandahar province when Siddiqui and a senior Afghan officer were killed in what they described as Taliban crossfire, an Afghan commander told Reuters.

"We are deeply saddened to learn that our photographer, Danish Siddiqui, has been killed in Afghanistan," Reuters President Michael Friedenberg and Editor-in-Chief Alessandra Galloni said in a statement.

He was embedded with Afghanistan's special forces in Kandahar province when they came under attack on Friday morning.

"Danish was an outstanding, Pulitzer prize-winning journalist, a devoted husband and father, and a much-loved colleague. Our thoughts are with his family at this terrible time,” they said.

"We are urgently seeking more information, working with authorities in the region," the statement said. 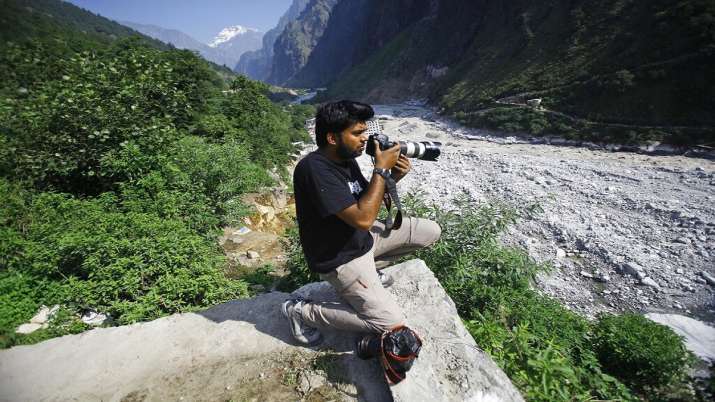 At the United Nations, India strongly condemned the killing of Siddiqui.

"We condemn the killing of an Indian Photo Journalist Danish Siddiqui while he was on a reporting assignment in Kandahar in Afghanistan yesterday. I extend our sincerest condolences to his bereaved family,” Foreign Secretary Harsh Vardhan Shringla said while speaking at the UN Security Council briefing on ‘Protection of Civilians in Armed Conflict: Preserving Humanitarian Space’.

Afghanistan President Ashraf Ghani said he is "deeply saddened with the shocking reports" that Siddiqui was killed while covering the Taliban atrocities in Kandahar.

“While I extend my heartfelt condolences to Siddiqui’s family and also to our media family, I reiterate my government’s unwavering commitment to freedom of speech and protection of free media and journalists,” Ghani said.

Afghanistan's ambassador to India, Farid Mamundzay, said he was deeply disturbed by the news of "the killing of a friend".

"I met him 2 weeks ago before his departure to Kabul. Condolences to his family & Reuters," Mamundzay tweeted.