In a major boost to the Indian Air Force’s combat capabilities, eight US-made Apache AH-64E attack helicopters are set to be inducted into the IAF today. 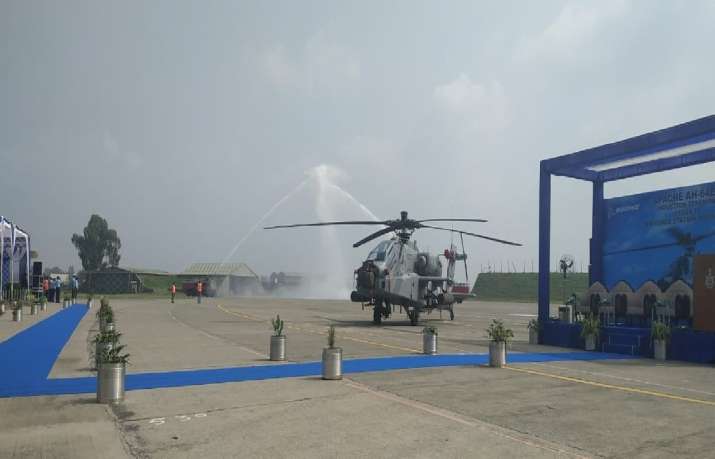 "It is one of the most fierce attack helicopters in the world. It is capable of performing many missions, today with the induction of Apache AH-64E, the Indian Air Force has upgraded its inventory to the latest generation of attack helicopters," Air Chief Marshal BS Dhanoa said.

The Apache helicopters received water cannon salute, before induction at the Pathankot Air Base.

Moments before induction, the IAF had released a video on its official twitter showing Apache helicopters are unloaded from the cargo aircraft.

“#NewInduction: Glimpses of AH-64E Apache attack helicopter’s maiden flight at AFS Hindan. The helicopter is planned to be inducted into the IAF on 03 Sep 19 at AFS Pathankot,” Indian Air Force said tweeting a four-minute video of the chopper.

The AH-64E Apache is one of the world’s most advanced multi-role combat helicopters and is flown by the U.S. Army. India is the 16th nation in the world that will operate the Apache attack helicopters. “It is the only available combat helicopter with a spectrum of capabilities for virtually any mission requirement. For the AH-64 E, this includes greater thrust and lift, joint digital operability, improved survivability and cognitive decision aiding. It is uniquely suited to meet the commander’s needs, including reconnaissance, security, peacekeeping operations, and lethal attack — in both land and littoral environments — all without reconfiguration,” Boeing said.

“By 2020, the IAF will operate a fleet of 22 Apaches, and these first deliveries are ahead of schedule,” Boeing had earlier said. The aerospace major said the AH-64E has the latest technology insertions, maintaining its standing as the world’s best attack helicopter.