Priyanka Chopra jets off to TIFF for The Sky Is Pink premiere, shares BTS picture from shoot

Priyanka Chopra is all set to entertain the viewers with her upcoming Bollywood film The Sky Is Pink. While the film will the screen son October 11 in India, it will premiere at Toronto International Film Festival on 13th September.

Priyanka Chopra is all set to entertain the viewers with her upcoming Bollywood film The Sky Is Pink. While the film will the screen son October 11 in India, it will premiere at Toronto International Film Festival on 13th September. The actress has already set for the film festival and can’t wait to reunite with her entire cast and crew at the event. Sharing a behind the scenes picture from the shoot of the film, PeeCee wrote, “On my way to @tiff_net today. Can't wait for the rest of the team to join me for the premiere on the 13th. So excited for the amazing early reviews & to share this with the world! #TheSkyIsPink”

In the picture, Priyanka Chopra can be seen flaunting her droolworthy body in a swimsuit. Along with her, actors Farhan Akhtar, Zaira Wasim and Rohit Saraf can be seen posing for a happy picture. The cast of The Sky Is Pink and as well as the director Shonali Bose have earlier treated the fans with many BTS pictures while shooting for the film at various beautiful locations. Check out the picture here-

Just recently, Priyanka Chopra also took to her Instagram to express gratitude and excitement for her upcoming projects. The actress wrote, “So looking forward to these two projects. Working with both @rodriguez and #RaminBahrani is like night and day, and that’s so exciting for me. Between #TheSkyIsPink releasing at @tiff_net next week, filming #WeCanBeHeroes and bringing one of my favorite books to life, #WhiteTiger, as both an actor and EP, looks like it will be an awesome end to the year. @netflix”

Priyanka Chopra is all over the news these days. From being announced the Best Dressed celebrity by Vanity Fair to becoming the first couple to ever feature in the Best Dressed list by People Magazine along with her husband Nick Jonas, the actress is just climbing higher and higher on the ladder of success. 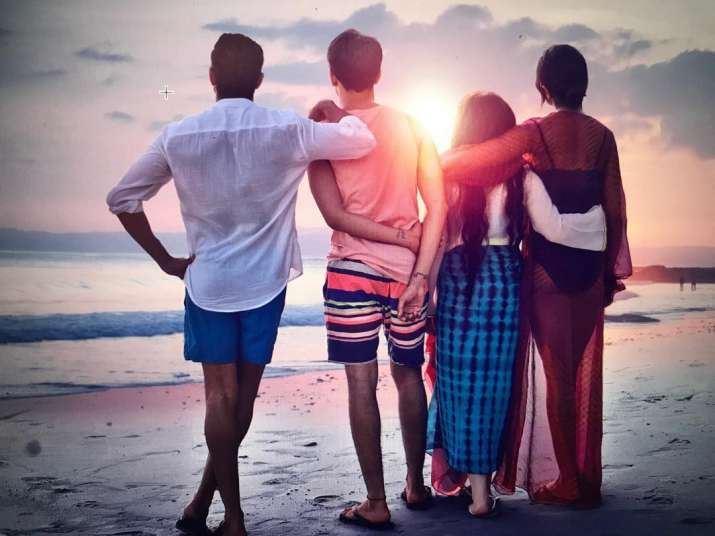