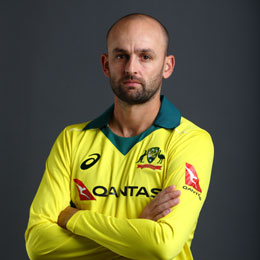 Nathan Lyon rise to prominence is a story for the ages. He started off as a curator in Canberra and his work took him to Adelaide and that started a journey that many would be proud of. He was selected in Australia's Test squad in 2011 a year after taking a job as a groundstaff at Adelaide Oval. He was spotted Redbacks' Big Bash coach Darren Berr and he impressed in Twenty20s for South Australia and within seven months, he was a Test cricketer for Australia. Lyon made his Test debut for the Aussies against Sri Lanka in Galle in 2011 and since then been a regular in red-ball cricket. A traditional spinner, known for his ability to flight the ball and keep grinding on, Lyon has gone on to become one of the best spinners in the world. His limited-overs career never took off as he only managed to play sporadically since making his ODI debut in 2012 against Sri Lanka and T20 debut in 2016 versus Pakistan in 2016. But, Lyon remains Australia's most prolific spinner since Shane Warne retired and is expected to go past the 500-wicket mark with age on his side.