Update: A photo has emerged claiming to be from near the Ukrainian Airlines Plane crash site in Tehran that appears like a nose of a missile/rocket giving credence to the theory that the flight was targeted. The photo tweeted by user Ashkan Monfared shows a conical head of a missile that reports claimed fell in front of a resident's home. (Picture in his tweet below). Photos posted on Twitter claimed to be taken near where the Ukrainian International Airlines plane fell to earth just minutes after take-off shows a mysterious piece of "missile debris."

The Ukraine International Airlines Boeing 737-800 plane crashed after takeoff from Tehran on Wednesday, killing all 176 people on board.

Ukrainian Airlines plane sought no radio help in its final moments and was making a return after takeoff, an early investigation into the crash has revealed. The crew of a Ukrainian jetliner that crashed in Iran never made a radio call for help and were trying to turn back to the Imam Khomeini International Airport when the plane went down, an initial report released from Tehran said. The flight path data from flightradar24.com also confirms the same.

According to news agency AP, eyewitnesses, including the crew of another passing flight, described seeing the plane engulfed in flames before crashing. The Boeing 737-800 is a mainstay of many airlines around the world with thousands of aircrafts operational across the globe. A thorough investigation, therefore, becomes highly crucial.

As of now, officials have not handed over the two black boxes to Ukrainian investigators. But some reports also confirm that both of the so-called “black boxes” that contain data and cockpit communications from the plane had been recovered, though they had damaged and some parts of their memory were lost. It also said that investigators have initially ruled out laser or electromagnetic interference as causing the crash.

Black box or flight data recorders are pretty advance machines and many investigation experts have placed their doubts on whether Iran has the technical know-how to read and decode the information it provides. According to the established international rules into air crash investigation, the countries where the plane and its engine was manufactured also have to provide technical assistance. In the present United States vs Iran tensions, the things just get complicated. It is unclear at the moment what access will Boeing and international investigators will be given in Tehran at this point of time.

Bloomberg TV on Wednesday reported that the Boeing Company jet that crashed in part of the same aircraft family as the 737 Max plane that’s been grounded worldwide since March following two deadly crashes. 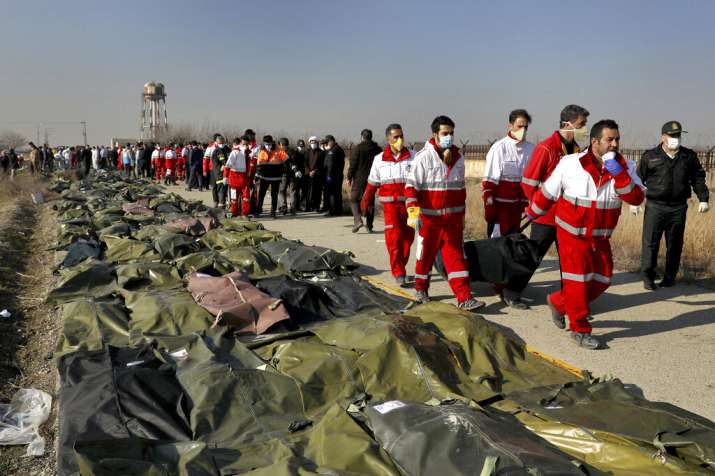 Ukraine, however, issued a statement saying experts have reached Tehran. The press service of National Security and Defense Council of Ukraine (NSDC) Secretary Oleksiy Danilov said: "The aircraft with Ukrainian experts arrived in Tehran at 3:30 on Jan. 9. The group immediately began to examine the circumstances of Boeing 737 #PS752 crash. The public will be promptly provided with update information."

Danilov also said, "All the countries whose citizens died today, as well as @Boeing  experts, will be involved in the investigation of the Boeing 737 #PS752 flight crash."

The crash caused a massive explosion when the plane hit the ground, likely because the aircraft had been fully loaded with fuel for the flight to Kyiv, Ukraine. Iran's Civil Aviation Organization's investigators have so far offered no explanation. Iran, however, has ruled out Ukrainian plane was taken down.

Iran's Press TV quoted minister of road Mohammad Eslami: "There are rumours that a terrorist attack, explosion or shooting at the plane may have caused the incident, but they are not true. A technical failure has been the cause of the incident."

"Had the rumours been true, the plane must have exploded up in the air, but that has not happened, because the plane caught fire due to technical failure. That first caused its communications and control systems to stop working, and subsequently resulted in its crash," he added. 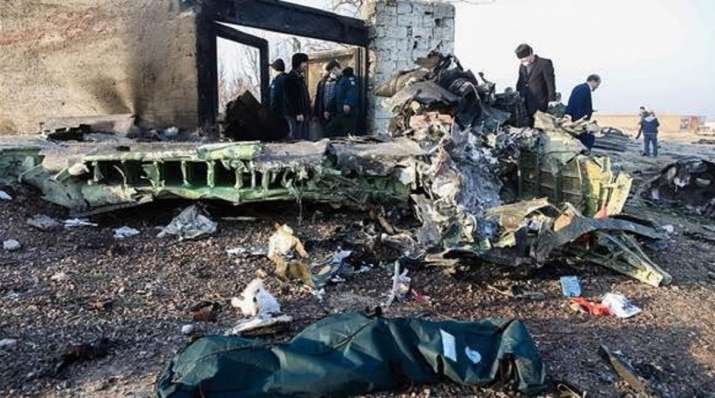 The plane was carrying 167 passengers and nine crew members from several countries, including 82 Iranians, at least 63 Canadians and 11 Ukrainians, according to officials. The crash just before dawn scattered flaming debris and passengers’ belongings across a wide stretch of farmland. It also came immediately after Iran launched a ballistic missile attack against Iraqi military bases housing U.S. troops amid a confrontation with Washington over it killing an Iranian Revolutionary Guard general in a drone strike last week.