A Hyundai showroom in Brazil has hired a stray dog as a part of their team after the pooch sat outside their showroon regularly. According to a report published in World of Buzz, the dog, Tuscan Prime  has just been promoted to a car salesman after being adopted in May this year by Hyundai Serra, ES, Brazil outlet.

Tucson was often seen hanging out near a Hyundai and he soon made friends with employees of the showroom, who inducted him into their family and made him an honorary employee - complete with his own ID card.

The heartwarming story of Tucson Prime has won thousands of hearts after going viral on social media recently. 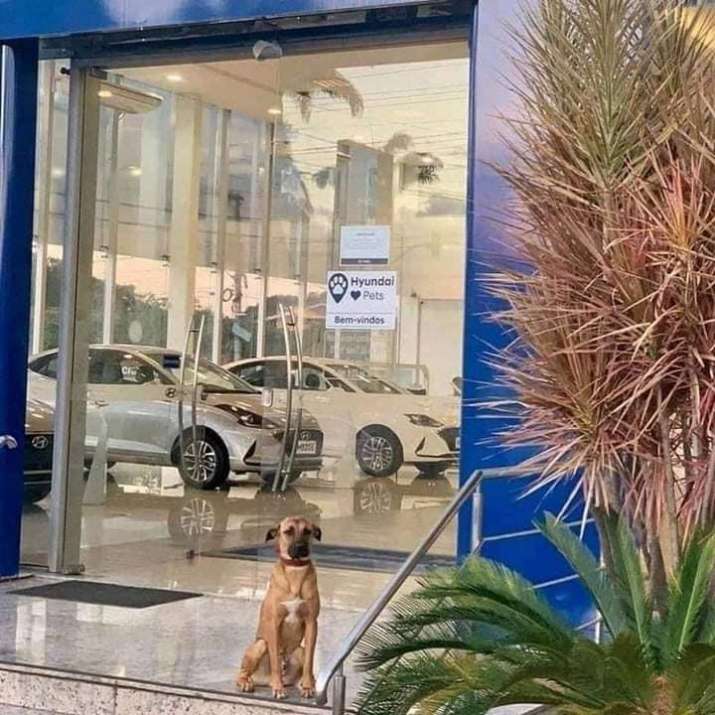 Tuscan has his own Instagram account and has over 28,000 followers. Photos shared on the account show Tucson working hard to earn a living - attending meetings, greeting important Hyundai executives and demanding belly rubs.

Tucson Prime’s story caught everyone’s attention after it was shared on Instagram by Hyundai Brazil three days ago. “Meet Tucson Prime, the sales dog at the Hyundai Prime dealership,” the automotive manufacturer wrote while introducing their newest employee on Instagram. “The new member is about a year old, was welcomed by the #Hyundai family and has already won over co-workers and customers,” they said.

This is not the first instance of a stray animal finding a permanent home in Brazil. Last year, when a stray kitten walked into the Order of Attorneys of Brazil building, seeking shelter from a storm, he instantly won over many of the employees. The kitten was soon hired by the firm and given his very own ID card.