Several restrictions would be places across various roads in Delhi in the wale of Republic Day parade rehearsals. Delhiites are advised to check the below information provided by Delhi Traffic Police, for traffic management on January 17, 18, 20 and 21.

The Delhi Traffic Police early on Thursday issued a traffic advisory in wake of the Republic Day parade rehearsals. Giving out instructions on the routes to be avoided in the national capital, the traffic police have said the rehearsals of the Republic Day Parade shall be held on Raj Path on January 17, 18, 20 and 21. The parade will be conducted from Vijay Chowk to India Gate, Delhi Traffic Police said.

There would be traffic restrictions at Rafi Marg, Janpath and Mansingh Road from 9:00 am to 12:00 pm, on the above-mentioned dates. Rajpath from Vijay Chowk to India Gate will also remain closed for traffic. 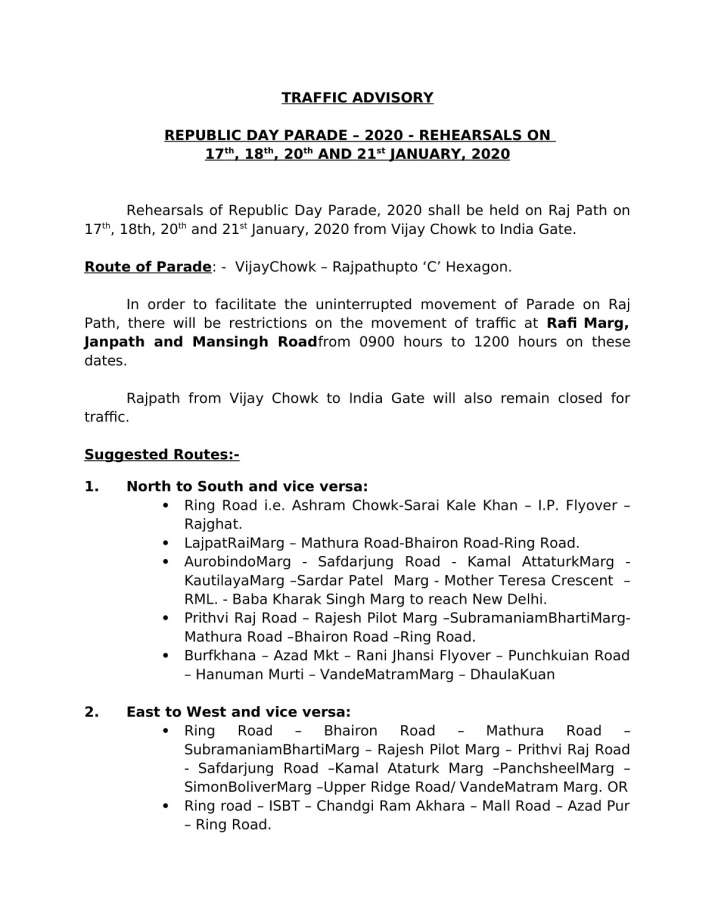 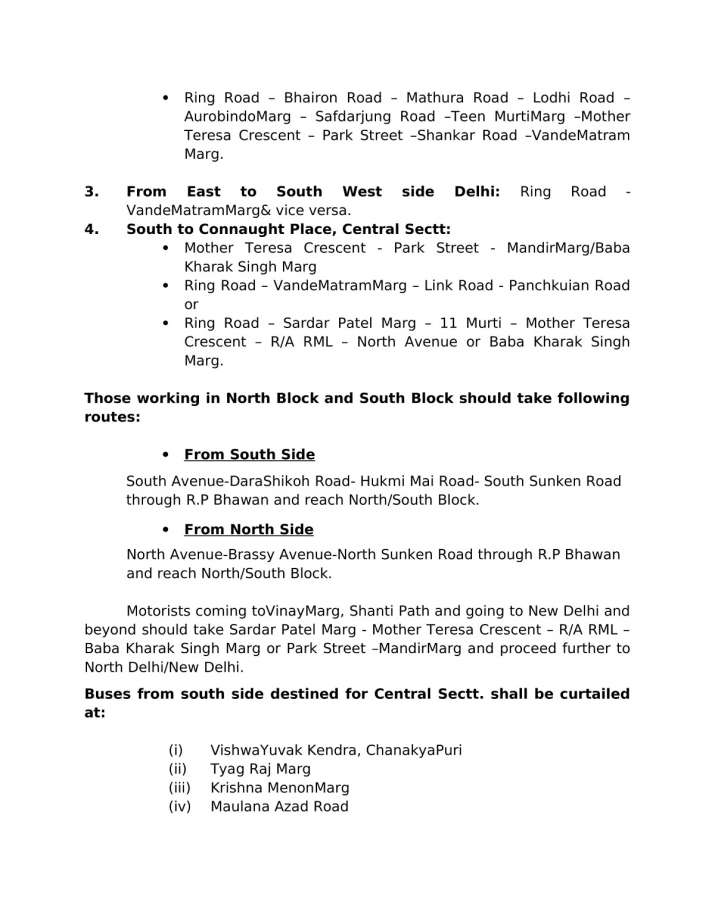 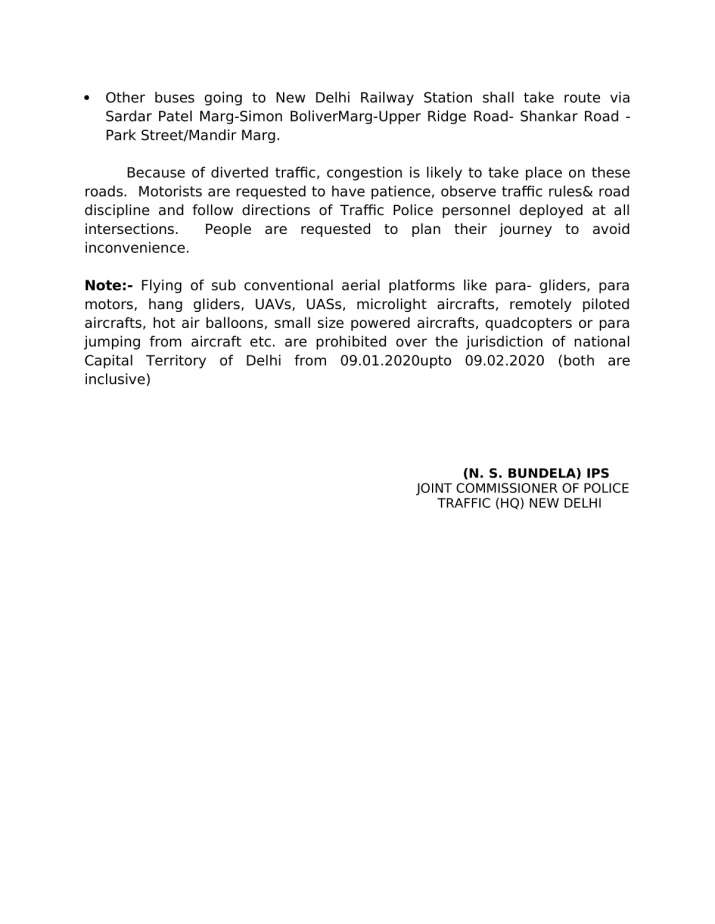 No flight operations will take place for around an-hour-and-45-minutes at the Delhi International Airport on seven days -- January 18, 20-24 and 26 -- due to the Republic Day celebrations, said an official document on Sunday.

According to a notice to airmen (NOTAM) issued by the Airports Authority of India (AAI) on Sunday, “no landing and takeoff” would be “permitted” at Delhi International Airport between 10.35 am and 12.15 pm on January 18, 20-24 and 26, due to “Republic Day Celebrations”.

Due to closure of airspace over Delhi on these days, flight operations of all airlines are likely to be impacted.