Rohit Sharma shared a photo with his daughter Samaira from his vacation with a 'Throwback Thursday' caption on Instagram.

Rohit Sharma is currently his time off as he recovers from an injury that he picked up during the New Zealand tour that ruled him out of the three ODIs and the subsequent Test series. The Team India limited-overs vice captain has stepped up his recovery game and might make a comeback during the three-match ODI series against South Africa in March.

However, as he recovers from the injury, he turned nostalgic on Thursday and shared a throwback photo with his daughter Samaira during holidays. The photo sees him playing with Samaira with the backdrop of clear blue water, which looks likely to be Maldives, where he spent some time following the conclusion of the Indian Premier League last year.

Kevin Pietersen also reacted to the photo and posted an emoji with heart shaped eyes.

Rohit has been pretty active on social media lately and uploaded a video of him working out in the gym in order to return to full fitness ahead of a busy schedule for the Indian cricket team as well as the IPL. 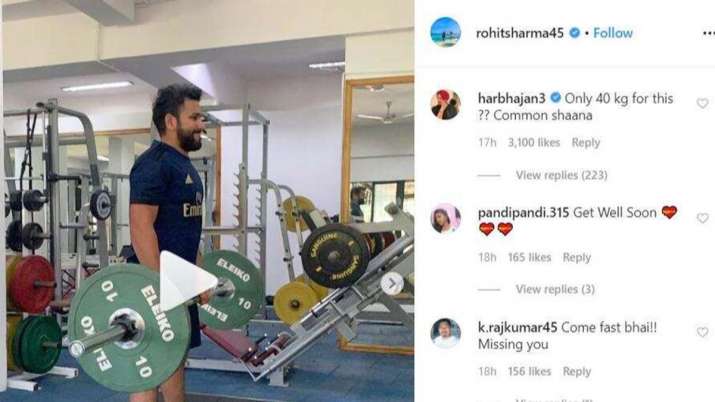 But, all didn't go to plan as he was trolled by his former India and Mumbai Indians teammate Harbhajan Singh on Instagram for the same.