Memorable Irfan Pathan moments: The hat-trick in Karachi to the World Cup-winning spell in Jo'burg

Irfan Pathan's international career ended at 27 but some of his spells and knocks will forever be remembered by Indian cricket fans who grew up watching the game in the previous decade.

Irfan Pathan announced his retirement from all forms of cricket on Saturday and that ended a career that promised so much but faded away due to bad decisions and injuries. For Pathan, who last played a competitive game in February 2019, the moment was always coming but perhaps the way it ended wasn't ideal. Once considered the best Indian all-rounder since Kapil Dev, Pathan's rise was steep and the fall... nothing short of a nosedive.

Irfan, who was a part of India's inaugural World T20 triumph, last played an international game for India in 2012. The southpaw was also part of India's 2013 Champions Trophy-winning squad but didn't play a game. The two series remain Irfan's only ICC trophies with the senior national team... a short return to a career that had so much promise.

Irfan's international career ended at 27 but throughout his career, the now 35-year-old had moments of magic and as he hangs up his boots, we take a look at some.

Pathan starred for India as the visitors won the series 2-1, taking 12 wickets at an average of 28.50 in 2004. But, it was two years later, when the watershed moment came for him really.

After two bad games with a combined figure of 2/319, questions were raised about his effectiveness on the tracks which had nothing to offer for fast-bowlers. However, he was retained his place in the third Test at Karachi and magic unfolded.

With a green top at offer, India captain Rahul Dravid won the toss and opted to bowl and Pathan had his chance to make amends. And, that he did.

In the first over of the game, Pathan grabbed a hat-trick as his familiar in-swingers returned to haunt Pakistan again. It was Salman Butt first, who nicked the ball to first slip. Then came Younis Khan, who was trapped in front of an inswinger, which came in later. And, the icing on the cake was the hat-trick ball which got Mohammad Yousuf's stumps flying after he failed to counter another late inswinger from the other end.

It was a box-office final in the inaugural edition of the World T20 and Irfan had plans for the grand occasion.

India rode on Gautam Gambhir's 54-ball 75 to post 156/5 and Pakistan didn't start too well. But, with Misbah-ul-Haq and Shoaib Malik at the crease and the scoreboard reading 82 off 54 balls to win and Shahid Afridi to follow, Pakistan were very much in it.

Mahendra Singh Dhoni threw the ball to Irfan and on the third ball of the over, Malik was back in the hut and out walked Afridi. On the second ball Afridi played, Irfan bowled one full but slow and Afridi went after it -- only to sky it and present a catch to Sreesanth at mid-off and in one over, he got two danger men out and Pakistan reeling.

His third over was equally tight as he gave away just four runs and in the final over of his, he got the wicket of Yasir Arafat and finished with figures of 3/16 as India managed to clinch a thriller by 5 runs and win the inaugural edition of the tournament.

He also bagged the Player of the match award in the game. 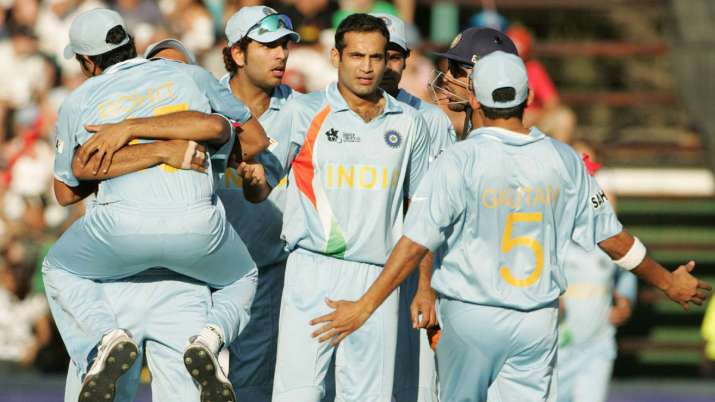 Irfan returned to the side to end Australia's 16-game winning streak and deny them their 17th Test win in a row. The match prior to it was the controversial New Years' Test of 2008 in Sydney which the hosts won on the last day.

It was a typical fast and bouncy WACA surface and Australia went in with four pacers. India also brought in Irfan as the fifth bowler and he delivered both with the bat and ball.

He scored 28 crucial runs in the first innings and chipped in with 46 in the second to help India set a target of 413 to the hosts in the fourth innings.

Much like the first innings, he dismissed the openers early and ended with five wickets in the game as India won by 72 runs to make the series 2-1.

Pathan was adjudged the Man-of-the-Match and his exploits earned him a place as an opener in the next match at Adelaide in place of Wasim Jaffer. 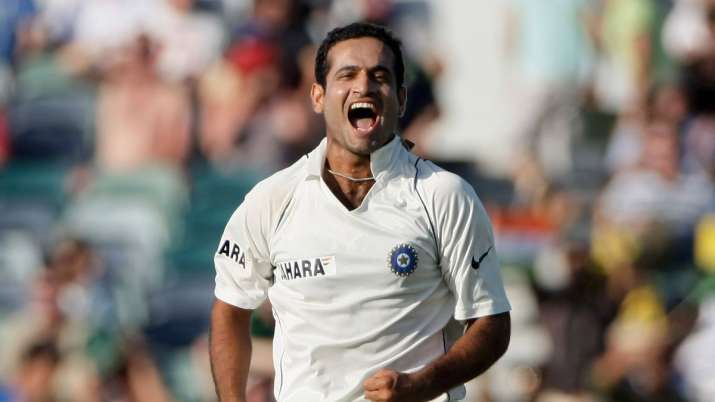 In 2009, India and Sri Lanka had a lot of series but one game stood out when the Pathan brothers combined to earn India an impressive win in Colombo.

With the run-rate standing at 11.40, Irfan joined his brother Yusuf and took apart the Lankan bowlers to put on an unbroken 59-run stand off just 25 balls to take India past the finish line with four balls to spare.

That day, Irfan smashed Lasith Malinga, Dilhara Fernando and took the winning runs off Malinga with a muscling hit over midwicket. He finished with 33 not out off just 16 balls and had also taken the wicket of Sanath Jayasuriya earlier.

After Virender Sehwag fell ill during Sri Lanka's 2005 tour, India were an opener short and Rahul Dravid opened the batting in the second Test at Kotla.

India posted 290 riding on Sachin Tendulkar's 35th Test century after batting first and then went on to bowl out the visitors for 230 with Pathan bagging 3 wickets and giving India a 60-run lead.

And, then came the surprise.

Pathan walked out with Gambhir to open the batting in the second innings. He showed composure and played all the shots he could to score a 143-ball 93 as India put on a mammoth 375/6d.

He defended when he needed to and attacked when he had to and took 45 off 58 balls against Muttiah Muralitharan during this innings. He missed out on a century in the game as India won by 188 runs but the promise shown with the bat was enough for Greg Chappell to promote him up the order in numerous occasions later.

Irfan later went on to score his maiden and only Test century against Pakistan in Bengaluru in 2007.