'Run Machine' Kohli now has 38 ODI centuries in ODIs and out of them, only six came in a losing cause including the one in the third ODI against Windies in Pune.

On Saturday, Indian skipper Virat Kohli became the first Indian and 10th overall to score three successive hundreds in the One-day format but it could not prevent West Indies from tasting their first win of the tour. Virat Kohli played a splendid inning of 107 runs and was the lone warrior for the Indian team in a 284 chase.

'Run Machine' Kohli now has 38 ODI centuries in ODIs and out of them, only six came in a losing cause including the one in the third ODI against Windies in Pune.

India vs West Indies: We are showing public that we are here to play, says Ashley Nurse

'Not necessary that all bowlers will click every time': Bumrah defends Bhuvneshwar after defeat in Pune

India vs West Indies: I don't want to talk about my batting, says a crestfallen Virat Kohli after Pune defeat

Here is the list of centuries Kohli has scored in a losing cause for Indian team:

After winning the World Cup the same year, Kohli was in a Midas touch during the ODI series. In the third game Kohli scored an astonishing 107 runs in just 102 balls while batting first. Apart from Kohli, former great Rahul Dravid also played a handy innings of 69 runs and along with skipper Mahendra Singh Dhoni's blistering 50 led India to a fighting total of 304. But God has something else in the store for them as it was the first time when a 'King Kohli' century went in vain - albeit in a rain-affected match. England team was given a target of 241 runs in 34 overs and former England greats Alastair Cook and Jonathan Trott composed half-centuries led India to their third consecutive defeat in the five-match ODI series. 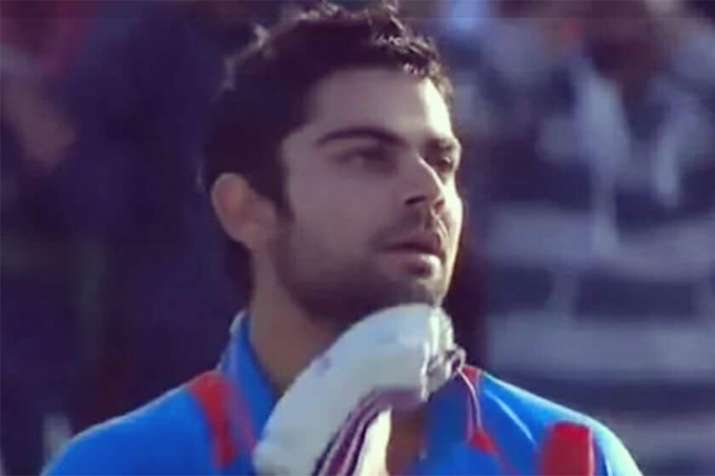 This was the first time when the chasing expert, Kohli's century went useless in ODI cricket. New Zealand put 292 runs on the scoreboard while batting first and it was quite gettable considering India's solid batting line up. But the 29-year old's masterclass couldn't even prevent the 24-run defeat for India. Kohli had some crucial partnerships with Shikhar Dhawan and Dhoni during the innings but a middle order collapse led the team down in a big way. Kohli mastered 123 runs against the gritty New Zealand bowling line up. 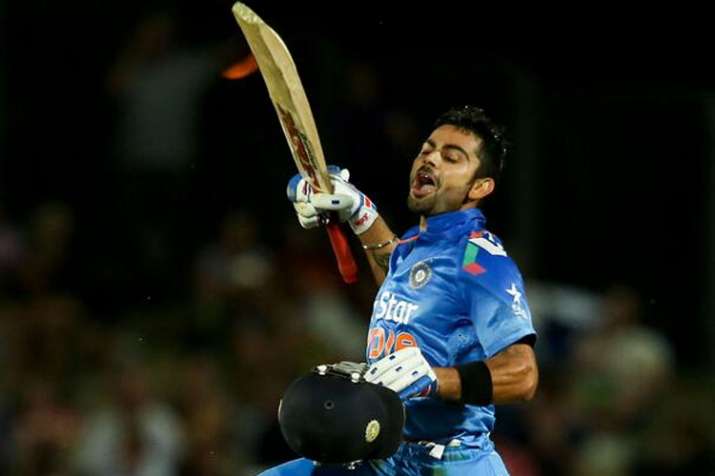 Without any doubt Kohli's favourite opponent throughout the years has been the Australian team. He always plays with great intensity against the Kangaroos. While batting first at the batsman-friendly pitch of Melbourne, India managed to put 295 runs on the scoreboard thanks to Kohli's 117 runs, but the poor bowling from the Indian let them down as Glen Maxwell led Australia to a win with seven balls to spare. 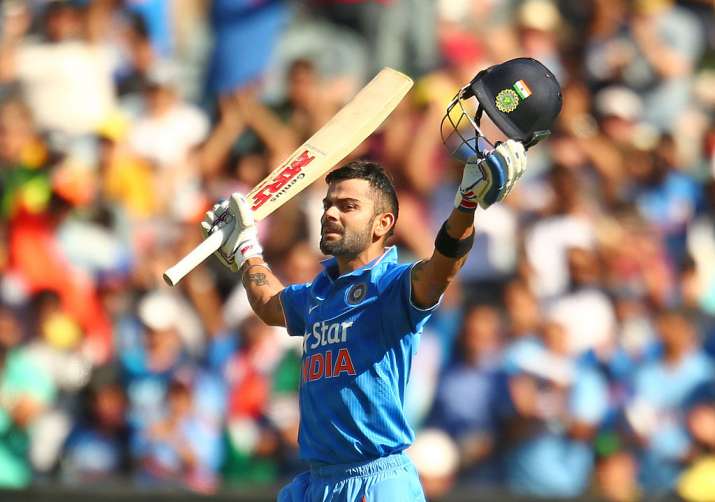 In the fourth ODI of the same series, Kohli hit back to back centuries in vain. Indian team had already lost the series entering the fourth match but Kohli played with the same determination and hunger to win. Aussies set a humongous target of 349 in front of India with the help of an Aaron Finch century, but India were not in the mood to accept defeat so easily. After Rohit's departure, Delhi boys Dhawan and Kohli took the charge into their own hands leading to centuries for both of them. But at 277/1 Indian team collapsed in a heap to end up with a total of 323 - 25 runs short of the target. 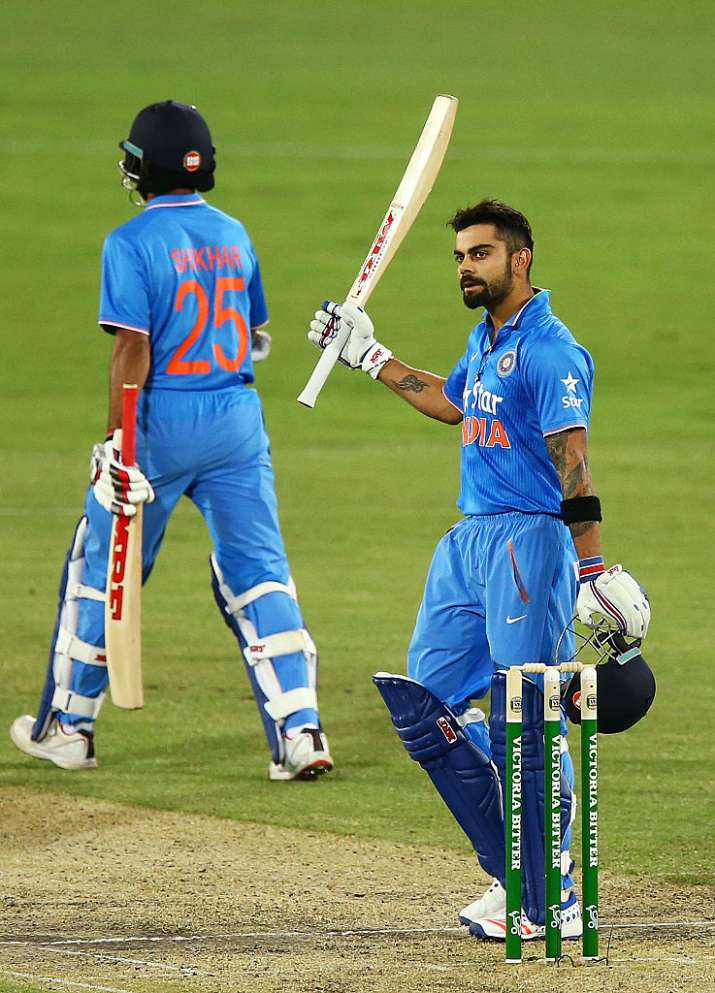 Tom Latham and Ross Taylor heroics on Indian soil stole away a win from India's hands in Mumbai. Batting first, Kohli scored a gritty 121 runs to lead the team to a fighting total of 280 runs. It was the first match at home where Kohli's century came in the losing cause for the team. Indian team was favourite when the Kiwis were three down on just 80 runs but later the 200+ run stand between Latham and Taylor took the game away from the hosts. 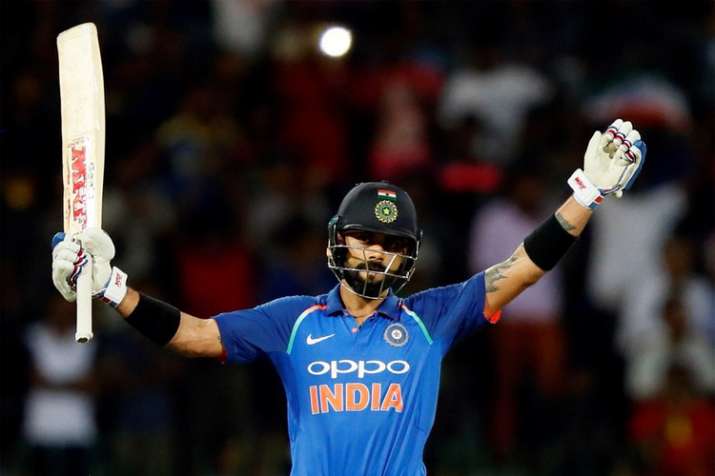 It turned out as one of the most shocking defeats for the Indian team in recent times. Windies team put up 283 runs on the scoreboard after a lower order fightback led by Ashley Nurse. The Men in Blue were the clear favourite to win the clash but the poor batting display by the batsmen except Kohli led the team's downfall in the third ODI. Lone Warrior Indian skipper scored 107 runs before getting out to a loose delivery by part-timer Marlon Samuels. Kohli wanted to smash this ball to the mid-on region but it hit the stumps to end his classic fighting knock. 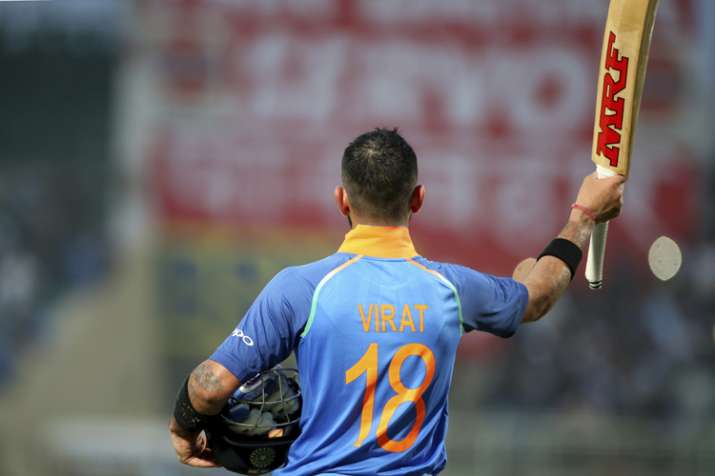