The Confederation of All India Traders (CAIT) has given a nationwide call for Bharat Bandh on February 26.

The Confederation of All India Traders (CAIT) has given a nationwide call for Bharat Bandh on February 26. More than 40,000 business organisations across the country are fully geared up to succeed the Bharat Vyapar Bandh organized by CAIT against the perverted form of GST tax system, the traders' body said. It said that preparations have begun and the national leaders of CAIT from all over the country have made schedules for stormy tours in various states. 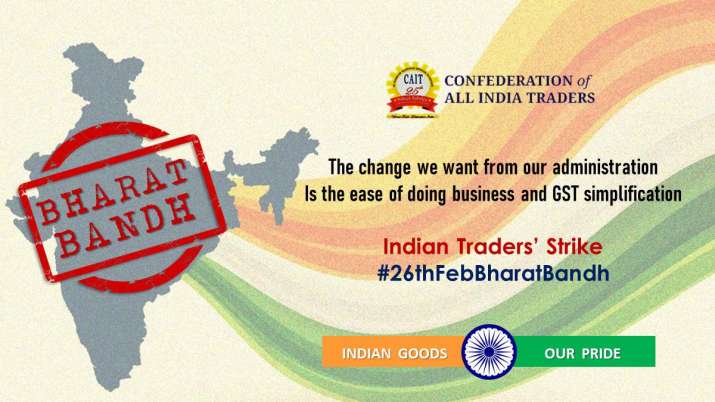 The traders' body has delegated the responsibility of making the bandh successful in Punjab, Haryana, Chandigarh, to National Secretary of CAIT Sumit Aggarwal. National Vice President of CAIT Dhairyashil Patil will oversee Uttarakhand and Himachal Pradesh while another National Vice President of CAIT Neeraj Anand will look after Jammu, Kashmir, Leh and Ladakh to ensure a successful bandh. "All these leaders will undertake a stormy tour of all the states across the country from February 14 to February 23 and will make the Bharat Vyapar Bandh a success by raising public opinion on the absurd provisions in GST," CAIT said today.

READ MORE: Opinion | Bharat Bandh: Why did it flop in most states?