Salman Kisses Iulia: Is he dropping serious signals about their relationship?

New Delhi: Bollywood superstar Salman Khan's love life has always been the centre of attraction. The actor has been through several relationships, be it with former beauty queen Aishwarya Rai or Katrina Kaif.While Salman, at

New Delhi: Bollywood superstar Salman Khan's love life has always been the centre of attraction. The actor has been through several relationships, be it with former beauty queen Aishwarya Rai or Katrina Kaif.

While Salman, at the age of 50, still continues to be one of the most eligible bachelors of B-town, his love life recently got into limelight after the reports of his engagement with his rumoured girlfriend Iulia Vantur did the rounds of the media.

However, the reports turned out to be a hoax, but it did highlight Salman and Iulia's relationship. Since then several speculations have been made about Salman's engagement and wedding.

Although, Salman Khan has never accepted his love affair with the Romanian beauty, Iulia's presence in every event in Salman's life is grabbing a lot of attention.

According to the media reports, the couple is currently holidaying in Dubai and the recent buzz is that Salman is spotted KISSING Iulia publicly.

Yes! It's true and is evidently seen in the recent pic of the couple which is going viral now. Reportedly, the pic clicked when the couple were bidding good bye to each other. 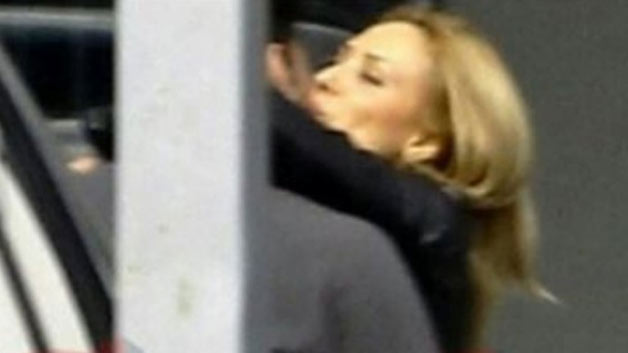 Looks like Salman is planning to take his love affair with Iulia even more seriously now.

Currently, Salman is busy shooting for his forthcoming movie ‘Sultan' opposite Anushka Sharma, in which he will be seen playing the role of a wrestler. The movie is expected to hit the screens on Eid this year.