13 most famous extramarital affairs in Bollywood

In fact Bollywood and romance have always gone hand in hand.

However, rumours about link-ups and extra-marital affairs have also been part and parcel of tinsel town.

While some celebrity weddings saw a rocky end because of alleged link-ups and affairs, there have been others which faced the storm and emerged with a much stronger bond. However, those rumours still left their mark in our minds.

Here we bring you the most famous extramarital affairs in B-town:

Shatrughan Sinha was already married to Poonam Sinha when he was rumoured to be dating Reena Roy. Reena, who demanded commitment from the actor, was disappointed when he refused to leave his wife. Whatever said and done, we can't deny Sonakshi's striking resemblance to Reena Roy.

Wife Zarina Wahab accepted Aditya Pancholi's open relationship with Kangana Ranaut quietly. Stories of Aditya's closeness to Kangana started doing the rounds until one fine day when an ugly public spat brought an end to their affair. Kangana admits to being assaulted by Aditya and calls it a “bad” relationship.

Kites didn't do that well but what made news was Hrithik and Barbara's affair. This affair was said to have increased the distance between him and wife Sussanne. So much so that she was on the verge of moving out to stay with her parents. Hrithik must have done something right because the two decided to stay together. However, Hrithik and Sussanne later got divorced in November 2014.

The two met on the sets of Hadh Kardi Apne when Govinda was already married and a father of two. They grew extremely fond of each other. Govinda started showering her with gifts and recommended newbie Rani to directors. All this affected his family life back home with wife Sunita deciding to leave home. Something went amiss between Govinda and Rani and he stuck on with his family!

Boney Kapoor had no qualms in admitting to the fact that in spite of being married to Mona Kapoor, it was love at first sight for him on seeing Sridevi. Little did Mona know that the lady she helped would end up marrying her husband! Sridevi was seven months pregnant when Boney and she got married.

Hats off to this couple for keeping their relationship under wraps for so many years! Aditya married his college sweetheart Payal Khanna in 2001 and filed for a divorce 8 years later. Many said Rani was the reason behind this. After a messy divorce, Rani was accepted by the Chopra family and the couple got married on April 21, 2014 in a private affair in Italy.

Shah Rukh Khan had been touted as one of the most loyal husbands in B-town until his affair with Priyanka Chopra started doing the rounds. While we hate to admit it, looking at the way the two interacted with each other, we can't help but agree that something was brewing between them. The matter seems to have settled now but we really wonder if this rumour was true. As they say, there's no smoke without fire, right? 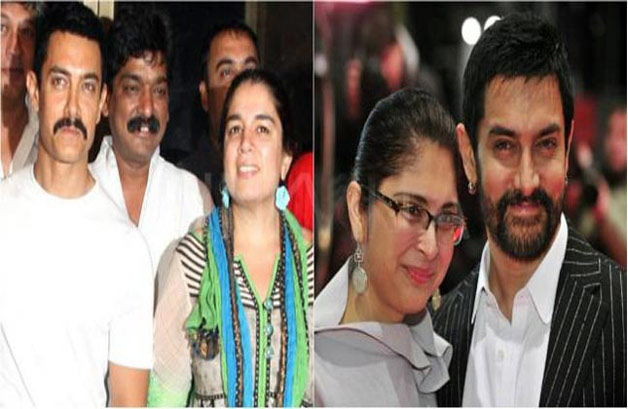 Aamir Khan eloped with wife Reena Dutta when he was just 21! The couple were in a happy marriage for almost 15 years until Lagaan happened. The couple were already going through a rough patch when Aamir met Kiran who was the assistant director of the movie. In 2002, the couple filed for a divorce and Aamir and Kiran have been together since then. The couple now have a 3 year old son Azad Rao Khan. We hope this one goes a long long way.

Now this one's a shocker! Arjun, who was dating Salman's sister, Arpita, was rumoured to be having a fling with Malaika Arora Khan after his break up. All hell broke loose in the Khan parivaar and it ended with Arjun being told to stay away! We shudder to even think of how Salman must have reacted!

Saif Ali Khan had a certain liking for older women. Be it Anu Agarwal or Moon Moon Sen, the actor was linked with many. He finally shocked everyone by marrying Amrita Singh at the age of 21. So much was his love for her that he also bashed up a journalist once for writing about Amrita Singh. It was after 14 years of marriage that he cheated on Amrita with Italian model Rosa Catalano which too didn't last long. Saif Ali Khan is currently married to Bollywood diva Kareena Kapoor.

Theirs was a sizzling jodi. Not only did they look great together, they also gave hits after hits. The duo were rumoured to be having an affair on the sets of Aitraaz. Wife Twinkle Khanna took charge and, if rumours are to be believed, she slapped Akshay in public. Since that day, Akshay stuck to his wife and never signed a film with Priyanka again.

Mithun and Sridevi's relationship was going strong even though he never made it public to save wife Yogita Bali the humiliation. Mithun and Sridevi were also said to be secretly married but they called it quits with Yogita tried to commit suicide. 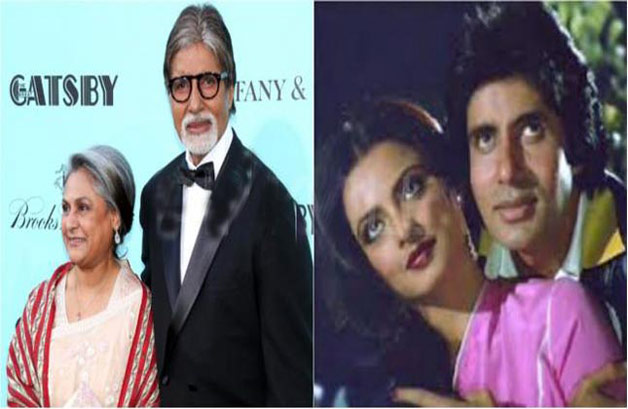 Everyone knows about their ‘love story' which was and will always be a mystery. In the midst of all the rumours, Jaya Bachchan made up her mind – she wasn't letting her husband go and that's how this affair ended. Even today, seeing Big B become uncomfortable in Rekha's presence tells us that something was brewing between the two.