Chennai Super Kings dominated throughout the game to beat Kolkata Knight Riders in the final of IPL 2021.

Chennai Super Kings won their fourth Indian Premier League title on Friday after the MS Dhoni-led side defeated Kolkata Knight Riders in the final of the 2021 season. The CSK registered a strong 27-run victory over Eoin Morgan’s men, outclassing the Knight Riders in all departments to lift the trophy.

As MS Dhoni’s men emerged victoriously, we take a look at the five things which led to CSK’s win over KKR in the final: 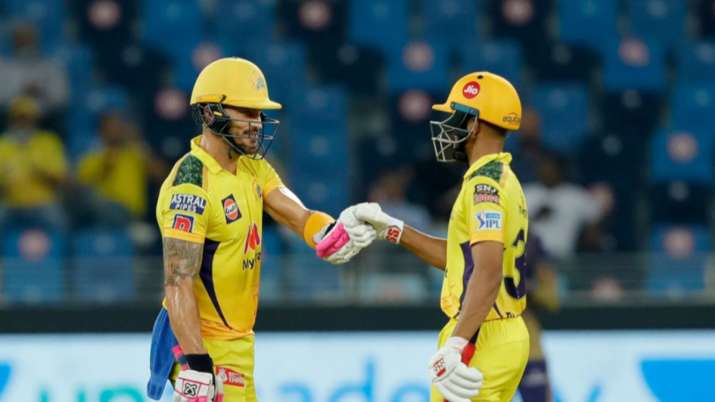 Gaikwad and du Plessis have been rock-solid at the top this season and the pair have also turned up in the title clash. They have hit regular boundaries and rotated the strike efficiently to help Chennai post 50/1 in the Powerplay. Ruturaj continued his rich vein of form to put away bad deliveries. Du Plessis has lent a helping hand at the other end, reaching a slow-moving 27 at the end of the sixth over.

The duo has also become the third Chennai opening combination to notch up a 50-run stand in the IPL finals. Hussey and Vijay had put up 50 for the opening wicket in the 2011 and 2012 final.

Uthappa turns up against his old franchise

Robin Uthappa, who made his Chennai Super Kings debut in the side’s 13th game of the season this year, turned up in style in the final. Initially, a replacement for the injured Suresh Raina, Uthappa cemented himself as number three with promising knocks in limited opportunities. The right-hander played a key role for the side in the Qualifier 1 game against Delhi Capitals, forging a 110-run partnership with Ruturaj Gaikwad, scoring 63 runs.

The batter continued on his good form in the final, upping the ante with a quickfire 31-run knock in just 15 deliveries. Uthappa slammed three KKR spinners –Shakib Al Hasan, Varun Chakravarthy and Sunil Narine – for a six each. His innings helped CSK cross the 100-run mark in the 12th over of the innings. Before his arrival, the CSK were scoring at 7.8 rpo; their run-rate jumped to 9.32 when he departed in the 14th over.

Lockie Ferguson endured a horror match against the CSK as he conceded 56 runs without conceding a wicket in four overs. The CSK batters targeted the Kiwi’s pace as he was hit for seven fours and two sixes in his spell.

Faf du Plessis in particular was impressive against Ferguson as he accumulated 30 runs in boundaries against New Zealand quick. 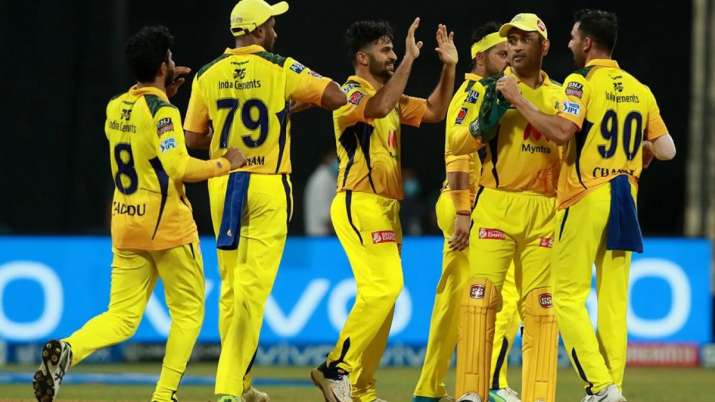 A dropped catch and spidercam gave lifelines to Kolkata's opening pair but Shardul drew first blood in the 11th over. Venkatesh Iyer looked to slice it over extra cover but picked out Ravindra Jadeja, who is among cricketers with the safest pair of hands. Nitish Rana (0) also made his way back in no time, triggering Kolkata's batting collapse.

Sunil Narine and Shubman Gill also made their way back as Kolkata, in no time, went from 91/0, it's 108/4. Ex-skipper Dinesh Karthik's departure was perhaps the final nail in the coffin, leaving the two-time champions reeling at 119/5.

Despite a strong start from the KKR openers which saw them put 91 for the first wicket in merely 10.4 overs, the CSK bowlers remained undeterred as Thakur provided the breakthrough. Chahar and Hazlewood kept the pressure on the KKR bowlers while draining their scoring rate, and Ravindra Jadeja capitalized on the opportunity with two wickets on successive deliveries.