The worst decision ever by any captain: Warne points out reason that cost Australia iconic 2005 Ashes Test

The second Test at the Edgbaston produced the cricket of the highest quality. In one of the most thrilling contests in Test cricket's history, England won the match by 2 runs to level series 1-1 after first two Test of the five-match series.

The 2005 Ashes series is termed as one of the best Test series in the red-ball cricket history. The series saw England reclaim the Ashes trophy after almost two decades against probably the strongest Australian side.

Australia had legends like Mathew Hayden, Glenn McGrath, Shane Warne, Adam Gilchrist, Justin Langer and Brett Lee playing under Ricky Ponting at their prime, while England were filled with some exciting young talents like, Kevin Pietersen and Andrew Flintoff under Michael Vaughan's leadership.

The mighty Australia were on the 8-Ashes series win streak. Before the series, Australia were expected to clinch their 9th Ashes series on the trot, but the destiny had different plans. The series opener saw the domination of star-studded Australia at the Lord's with McGrath's nine-wicket haul.

The second Test at the Edgbaston produced the cricket of the highest quality. In one of the most thrilling contests in Test cricket's history, England won the match by 2 runs to level series 1-1 after first two Test of the five-match series.

Australia spin legend Shane Warne, who was part of the epic clash and saw Australia sinking in front of his eyes claims that Ponting made the worst decision ever by a captain by opting to bowl first at Edgbaston.

“Nasser [Hussain] goes down as one of those people that had one of the worst-ever decisions when he said ‘we’ll have a bowl, thanks’ at Brisbane [in the 2002/03 Ashes], but at least at The Gabba the ball swings or does something on day one. This was a road and the ball did nothing.

“Punter’s [Ponting’s] decision to bowl first was just the worst decision ever, by any captain. So take a back seat, Nas, Punter has got your back,” the leg-spin wizard was quoted as saying by foxsports.com.au.

On the fourth day, Australia needed 107 runs to win the Tests, but they had only two wickets left. Warne and Lee took the charge over and put up a solid fight. And then in the most bizarre way, Warne got dismissed via hit wicket and the tide turned into England's way. 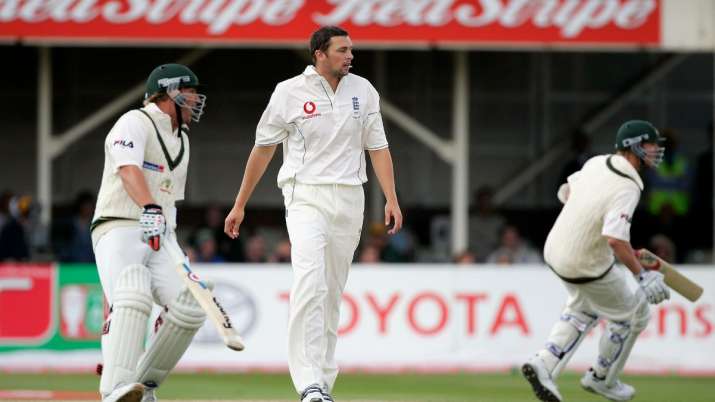 “The night before, in the last over, Steve Harmison bowled Michael Clarke with a slower ball with what proved to be the last ball of the day. Needing 107, you’ve got myself, Brett Lee and Michael Kasprowicz left, but I still believed we had a chance.

“England’s attack in that series was fantastic. The ball was reverse swinging, they were bowling 90mph plus, Harmy and Freddie at their best, but I just had to hang in there and then you never know.

“My plan in this series was to get right across my stumps when batting, but then here I went too far across and somehow my foot hit the stumps - I still don’t know how?! I could not believe it,” Warne said.

It was England's lanky pacer Steve Harmison with his aggressive bowling got Michael Kasprowicz out on a bouncer, as Grant Jones took an easy catch behind the stumps to create history. The series was 1-1 and England cricket got a new life with young guns taking them forward.

Andrew Flintoff put the final nail in the coffin in the fourth Test with a century which guided the hosts to a 3 wicket win in Nottingham. With the fifth Test ended as a draw, England went on to win the series 2-1 to put a dent on Australia's most dominant era.