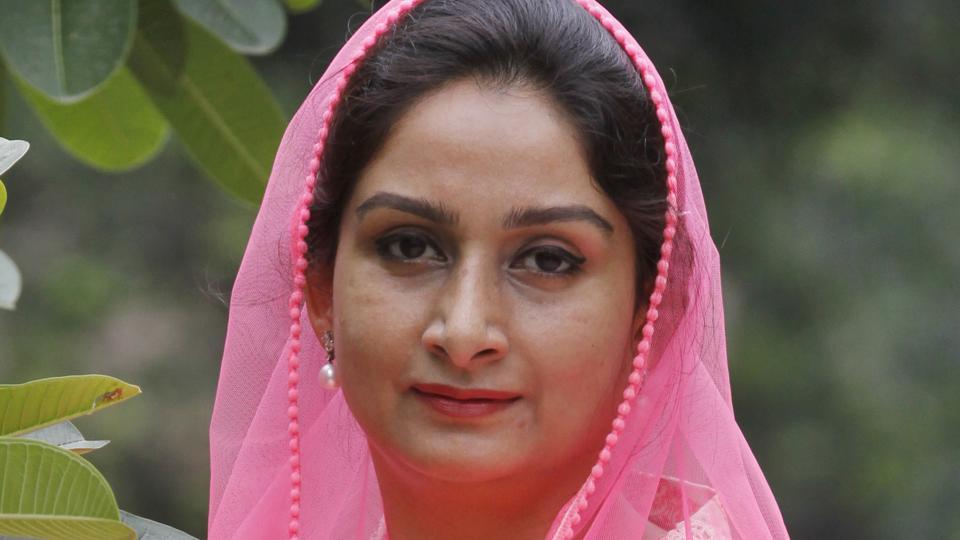 The former Union Cabinet Minister of Food Processing Industries, who resigned over the farm laws, tweeted that she has mild symptoms and has quarantined herself at home.

Launching a scathing attack on the BJP over farmers' protest against the three central farm laws, SAD chief Sukhbir Singh Badal on Tuesday dubbed the saffron party as "real tukde tukde gang" and accused it of setting Hindus against Sikhs in Punjab.

Harsimrat Kaur Badal had resigned from the Union Cabinet in September in protest against three farm sector bills, which later got the President's assent after being passed by Parliament.

Former Union Minister and Akali Dal leader Harsimrat Kaur Badal and other party leaders were detained on Thursday while trying to enter Chandigarh in protest against new farm laws. She was leading the Kisan March towards Chandigarh.

The Shiromani Akali Dal (SAD) will take a call on whether to remain in the BJP-led NDA or not after taking into consideration the fate of three contentious farm bills in Rajya Sabha and consulting its cadre, party sources said on Friday, a day after its lone Union minister quit the government.

Reacting on the resignation of Harsimrat Kaur Badal, the Bharatiya Janata Party (BJP) said that she resigned under the pressure of Punjab's local politics. However, the party still hopes that the matter will be resolved after discussion with the Shiromani Akali Dal (SAD).

What are the 3 new farm Bills: Benefits for farmers, all you need to know

The Lok Sabha (Lower House) on Thursday passed the Farmers' Produce Trade and Commerce (Promotion and Facilitation) Bill, 2020 as well as the Farmers (Empowerment and Protection) Agreement on Price Assurance and Farm Services Bill, 2020 in the Lok Sabha.

Shiromani Akali Dal president Sukhbir Singh Badal on Thursday announced in Lok Sabha that party leader and Union minister Harsimrat Kaur Badal will quit the Modi government in protest against the three farm bills tabled by the Centre in Parliament.

In a letter to the prime minister, the Union food processing minister said stubble burning was continuing unabated across North India as the farmers could not afford the expensive stubble cleaning and super seeder machines.

Pak making 'business out of faith', Harsimrat on Kartarpur charges

Earlier, Punjab Chief Minister Amarinder Singh had also lashed out at Pakistan for demanding the USD 20 service charge, saying it was tantamount to "putting a ticket" on visiting the historic gurdwara.

Union minister Harsimrat Kaur Badal on Saturday condemned Islamabad's insistence to charge a service fee of USD 20 from pilgrims to the Kartarpur Sahib Gurdwara and compared it with 'jaziya'.

The SAD on Wednesday hit out at Punjab Chief Minister Amarinder Singh over his remarks against party leader and Union minister Harsimrat Kaur Badal, saying his comments reflected his “feudal” mindset of treating women as “secondary”.

The Delhi Police arrested Bhim Army chief Chandrashekhar Azad and 95 others on several charges, including rioting and unlawful assembly, following the protest.

Badal 'bahu' back in Modi cabinet

It might be Modi versus Rahul Gandhi at the national level, in Bathinda, the rivalry between the Badals and Captain Amarinder Singh is playing to the hilt despite the general street-talk about under the cover bonhomie between the two key political families of Punjab.

Badal, along with Union minister Hardeep Singh Puri , crossed over to the neighbouring country through Attari-Wagah land route in Amritsar to attend the ceremony as representatives of the Indian government.