Has Nusrat Jahan secretly tied the knot with Yash Dasgupta? Her latest pics hints the same!

While Nusrat Jahan has refrained from answering questions about her husband and the father of her newborn son, the birthday cake seems like a confirmation of the actress' relationship. Take a look at the viral pictures.

Seems like the speculation over the husband of Bengali actress and Trinamool Congress MP Nusrat Jahan's can finally be put to rest. The actress-politician on Monday shared a few glimpses of the birthday celebrations of Yash Dasgupta. Seemingly the rumoured couple had a romantic dinner over the weekend. Taking to her Instagram stories, Nusrat shared a picture of the birthday cake which referred to Yash Dasgupta both as 'husband' and 'dad' with "Happy birthday," written on it with icing.

While Nusrat has refrained from answering questions about her husband and the father of her newborn son, the birthday cake seems like a confirmation of the actress' relationship. Take a look at the viral pictures: 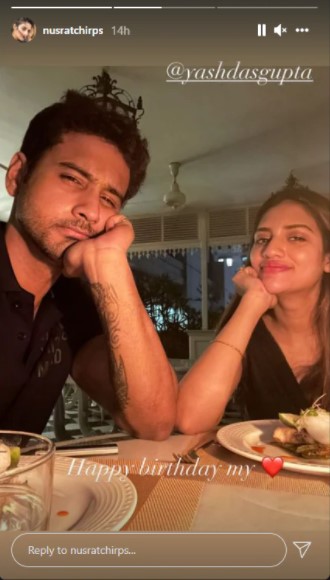 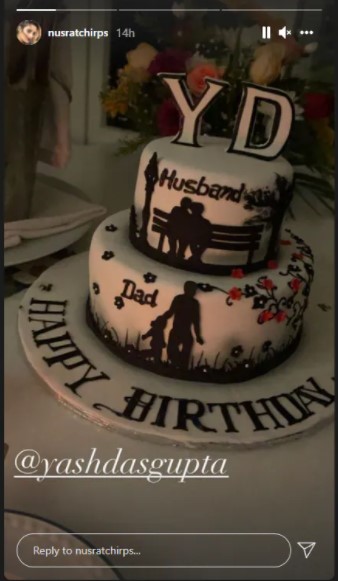 Nusrat has been reportedly dating Yash after her much-publicised estrangement with her husband Nikhil Jain. Nushrat gave birth to her son Yishaan on August 26. However, she did not disclose who is the father of the newborn.

Speaking to the media recently, she referred to the talk about the father of her newborn child, and said: "I think that's a vague question to ask and put a black spot on somebody's character as a woman. The father knows who the father is and we are having a great parenthood moment together. Myself and Yash, we are having a good time."

Some time back, Nusrat had shared a picture of the newborn on Instagram and she credited it to 'Daddy.' She wrote, "Don't take criticism from people u won't take advice from #newrole #newmommylife #newlook pic courtesy: Daddy."

Nusrat, who is a TMC MP from Basirhat in North 24 Parganas, had mentioned in Parliament that she was married to Nikhil Jain, but recently she claimed that it was only a live-in relationship. They have been separated for a long time.

Countering Nusrat, Jain released a statement that although he had insisted several times on getting married, the MP had refused to go for the registration. "Since August 2020, during the shooting of a film, my wife's behaviour started changing towards me for reasons best known to her. During our stay together I requested her on a number of occasions to get the marriage registered, but she avoided my requests," he said in his statement. The matter is pending before Calcutta High Court.