Chunky Pandey's first look from Prabhas and Shraddha Kapoor starrer Saaho came out today. His daughter Ananya Panday took to her social media handle and reacted on the same.

The much-anticipated films of the year Saaho will soon make its way to the silver screens on August 30. The film has an ensemble cast which includes Prabhas, Shraddha Kapoor, Neil Nitin Mukesh, Chunky Pandey, Arun Vijay, Lal, Mandira Bedi, Vennela Kishore, Jackie Shroff among others. The makers have now released the first look of Chunky after revealing the looks of Neil and Arun that left the fans as well as his daughter Ananya Panday intrigued.

The look was shared today on social media in which the actor can be seen acing the salt and pepper look with a cigar in one hand. The look was captioned as, “With his ominous looks & steadfast gaze; here comes the new character poster of #Devraj ft @chunkypanday to give you some major chills! #Saaho releasing worldwide from 30th August! #30AugWithSaaho”. 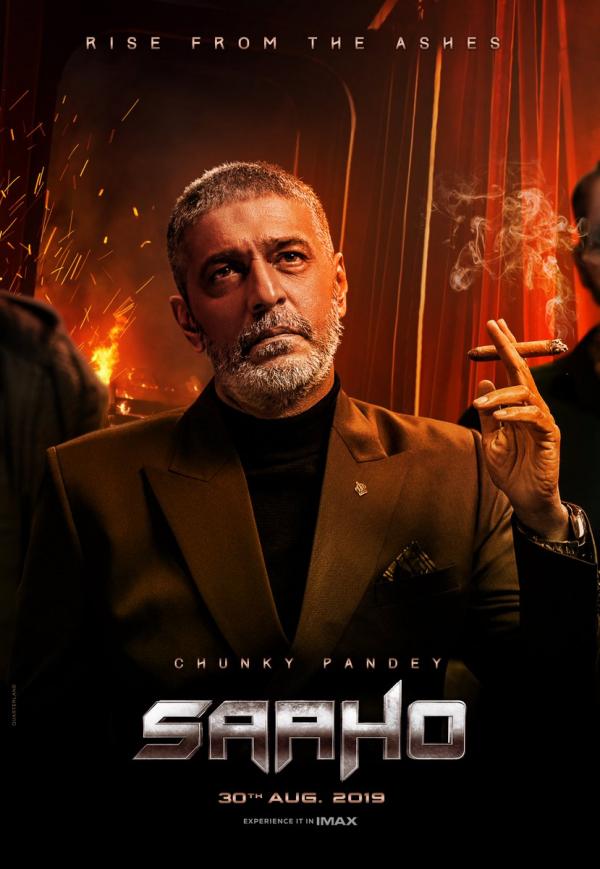 Soon, his daughter Ananya, who recently made her debut through Student Of The Year 2 took to her Instagram handle to appreciate the look and shared his picture on her story with a caption, “OG lion emoji.” Check it out: 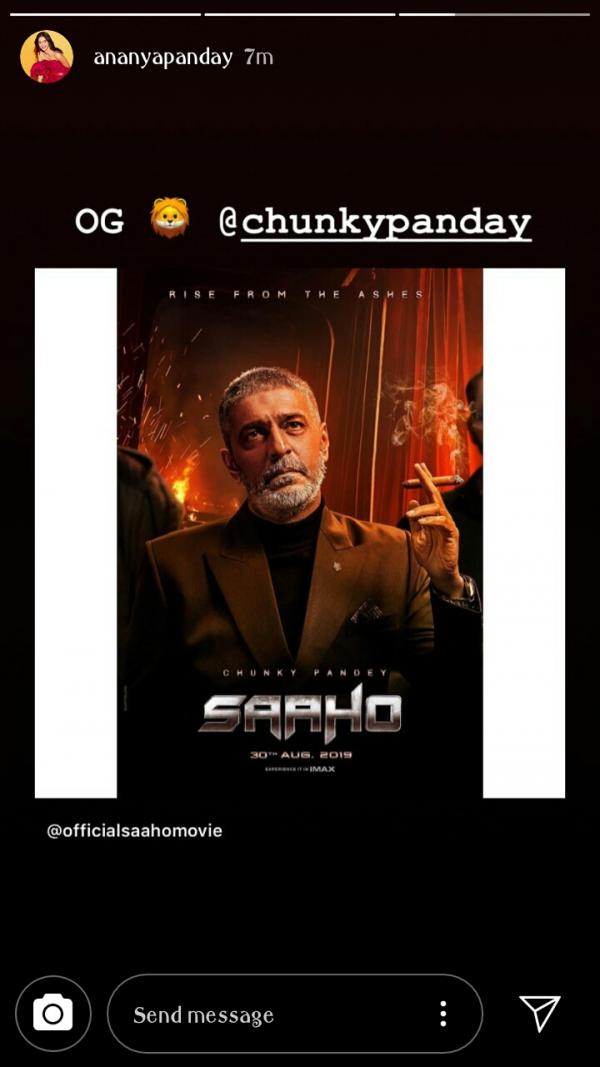 Sometime back, Chunky, in an interview to IANS opened up about her daughter’s debut and said, “I am so proud of her. She performed well. I was scared if she would be able to perform well or not... But she did a good job. I am happy about her achievement. She is an intelligent person. She has a long journey ahead.”

On the professional front, Ananya will next be seen in Pati Patni Aur Woh along with Kartik Aaryan and Bhumi Pednekar. On the other hand, Chunky is waiting for the release of Saaho which is written and directed by Sujeeth and produced by UV Creations and T-Series. The film will release in Hindi, Tamil and Telugu languages. There are also reports that he will participate in Salman Khan’s reality show Bigg Boss 13.