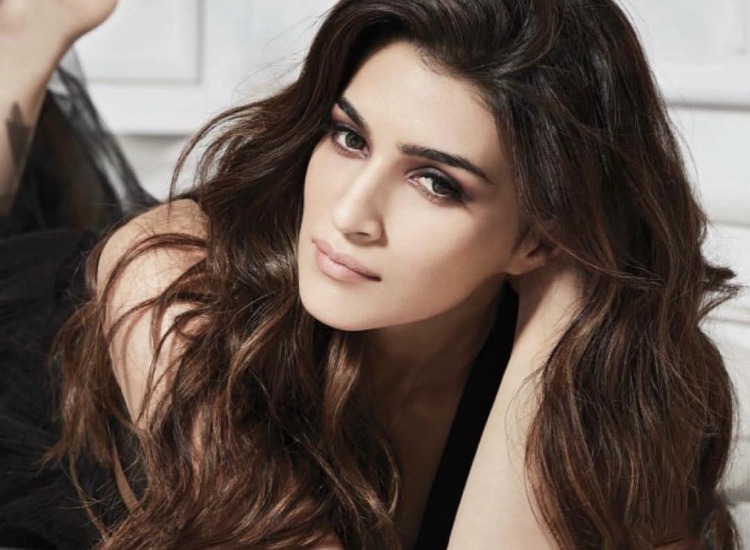 Born and raised in New Delhi, Kriti Sanon pursued engineering before venturing into the movies. After completing her engineering, she briefly worked as a model. She made her acting debut with the Telugu film called 1: Nenokkadine and then had her first Bollywood film release in 2014 named Heropanti opposite Tiger Shroff.

Shehzada: Producer Bhushan Kumar said, "We are glad to have Kriti Sanon on our Delhi set. The actress has an infectious energy. She will essay a never-before-seen character in the film. I am sure the audience will enjoy her performance on screen."

Bhediya: Taking to Instagram on Thursday, Varun Dhawan shared his first look from upcoming horror-comedy also starring Kriti Sanon. This comes a day after the makers shared a motion poster of the film which is all set to hit the theaters on November 25, 2022. The film produced under the banner of Maddock Films is an addition to the cinematic horror comedy universe of the production house and also stars Abhishek Banerjee.

Filmmaker Dinesh Vijan's much-awaited horror-comedy 'Bhediya' starring Kriti Sanon, Varun Dhawan, Abhishek Banerjee and Deepak Dobriyal was completely shot during the pandemic and has finished a very tough schedule in record time. After a long wait, the first look will be out Thursday (November 25).

Described as a film celebrating the victory of good over evil, "Adipurush" starring Prabhas, Kriti Sanon, Saif Ali Khan and Sunny Singh is slated to be released in theatres on August 11, 2022.

Kriti Sanon's will be seen playing an intriguing character named 'Jassi' in the film Ganapath. She has joined Tiger Shroff in the UK to begin the first schedule of the much-awaited film.

KBC13: Rajkummar Rao opens up on his struggle to become an actor, tells Big B there never was plan B

Rajkummar Rao recently appeared on Amitabh Bachchan's show KBC 13. He shared he told Big B how he aspired to be an actor right from and hid childhood and did everything in his capacity to be on the screen. Find out what kept Rajkummar Rao motivated to achieve his goal.

In this upcoming 3D action drama 'Adipurush', actor Prabhas is to play the role of Lord Ram, while actress Kriti Sanon is paired up alongside Prabhas to play Sita. Bollywood's actor Saif Ali Khan will be seen as Ravan.

composed by music maestro AR Rahman, Kriti Sanon's 'Param Sundari' is a foot-tapping dance number. The song is crooned by Shreya Ghoshal features Kriti Sanon performing an electrifying dance and setting the stage on fire with her thumkas.

Amitabh Bachchan shared an image of Kriti Sanon and himself performing 'ballroom dancing'. Kriti looked a vision to behold in a red coloured floor-length dress with her hair tied in a sleek ponytail.

Described as a film celebrating "the victory of good over evil", Adipurush is an adaptation of the Hindu epic Ramayana featuring Kriti Sanon as Janaki, Prabhas as Lord Ram, Sunny Singh as Laxman and Saif Ali Khan as Lankesh.

Kartik Aaryan and Kriti Sanon announced that they are reuniting for their next film titled 'Shehzada.' The film will be directed by Rohit Dhawan and has started filming. Produced by Bhushan Kumar, Allu Arvind and Aman Gill, the film will be released theatrically on November 4, 2022.

Hum Do Humare Do Trailer Out: Rajkummar Rao, Kriti Sanon's film will leave you ROFL-ing

Going by the Hum Do Humare Do trailer, the film can be called a fun ride as it leaves us ROFL-ing at every step. From Rajkummar Rao's epic comic timing to Paresh Rawal and Ratna Pathak Shah's spectacular screen presence, there is absolutely nothing to dislike.

Hum Do Humare Do: Kriti Sanon took to her Instagram account to share the teaser of the movie co-starring Rajkummar Rao, which is set to release soon on Disney+ Hotstar. The upcoming movie also features Paresh Rawal, Ratna Pathak Shah and Aparshakti Khurana in key roles.

Rajkummar Rao, Kriti Sanon's latest picture leaves fans wondering as to what they're up to

Taking to their respective social media handles on Tuesday, actors Rajkummar Rao, Kriti Sanon shared an interesting snap featuring the two on social media. So, what surprise is the awesome twosome hiding? Looks like fans have to stay tuned to find out!

Ever since the MiMi came out Kriti Sanon has been receiving endless unanimous praise.

With Ganesh Utsav around the corner, the feeling of delight and joy will know no bounds. We are here to give you some inspiration for your makeup looks this festive season.

Kriti Sanon recalls sitting and crying in auto after her first ramp show: I messed up

Kriti Sanon has successfully managed to carve out a space for her in the film industry. However, things were not easy for her.

Tiger Shroff and Kriti Sanon futuristic action film Ganapath will have a theatrical release next year on December 23.