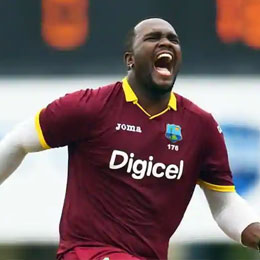 Ashley Nurse is an interesting prospect in Windies cricket future regarding his talent with both bat and ball. He is a right arm off break bowler who can be handy with the bat also as he showed it against India in the third ODI where he made quickfire 40 runs and proved his mettle with bat. The Barbados-born made his international debut in 2011 against Pakistan in a T20I but he failed to fix a place for himself in the squad for long time. Then he came back with vengeance in 2016 as a member of the ODI team and picked up three wickets in his 50-over debut against Sri Lanka. A stiff competition from mystery bowlers like Sunil Narine and Samuel Badri made the way tough for Nurse in the initial years of his career.