Tsitsipas, who is Greek, sent an Instagram message to Kyrgios, who is an Australian of Greek heritage. In it, Tsitsipas held up a cardboard sign that said “Call me” and listed a cell phone number. Those expecting to get Tsitsipas on the line instead got a different message.

The phone was turned off.

“You are an absolute idiot ... everyone stop calling me!!!!!” Kyrgios responded to his sometimes doubles partner in a social media post. 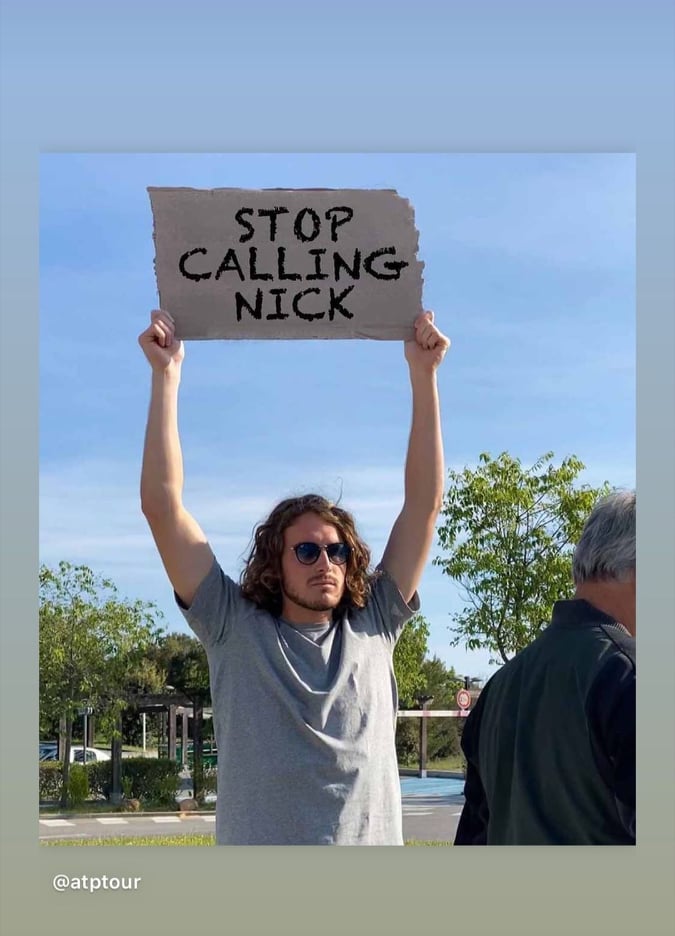 The number has since been disconnected.

Professional tennis tours have been suspended amid the coronavirus pandemic. While the Wimbledon championships were cancelled earlier this week, the French Open was postponed to September last month.

With no tennis action, the players are taking it to social media to interact with each other as well as the fans. Recently, Roger Federer and Rafael Nadal came together for a live session on Instagram, which also included Andy Murray.