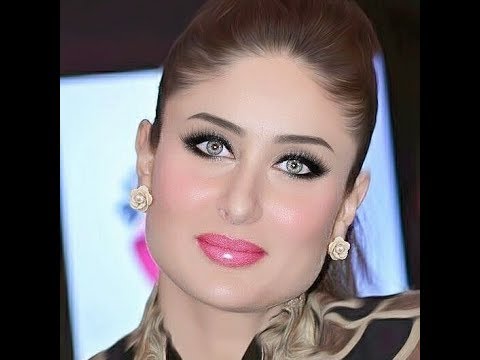 Kareena Kapoor Khan is a Bollywood actress who is married to actor Saif Ali Khan. She was last seen in Bollywood film Veere Di Wedding.

After almost seven months of giving birth to her second son Jeh, Kareena Kapoor has returned to the sets of her upcoming film 'Laal Singh Chaddha'. The paparazzi caught her and Aamir Khan in action on the sets of the upcoming film. In the pictures, while Kareena was spotted wearing a hospital gown and a mask, Aamir was in character with his turban on.

Actor Saif Ali Khan, who has carved his niche in Bollywood, has turned a year older today. There's no denying that apart from being a commendable actor, Saif is also a doting father of his four kids Ibrahim Ali Khan, Sara Ali Khan, Taimur Ali Khan, and newborn Jeh Ali Khan. As Saif celebrates his 51st birthday today, let's have a look at some of his most adorable pictures with his kids.

Bollywood stars Kareena Kapoor Khan and Saif Ali Khan head to the Maldives to have a gala time with their sons Taimur and Jeh. The duo will ring in Saif's 51st birthday there.

From Saifeena to Virushka, Bollywood couples who became proud parents this year.

Bollywood actress Kareena Kapoor Khan amazed fans on Tuesday when she shared an awwdorable picture of her mommy darling Babita Kapoor on her 74th birthday. A host of celebrities including, Malaika Arora, Amrita Arora, Manish Malhotra among others have wished the veteran star on her special day. On the occasion, Bebo is hosting her parents, Babita and Randhir Kapoor, and her sister Karisma Kapoor at her Mumbai residence. Lolo with her son Kiaan Raj Kapoor was papped outside Kareena’s house. The paparazzi also spotted Soha Ali Khan's daughter Inaaya Naumi Kemmu and Randhir Kapoor entering the premises

Bollywood actress Kareena Kapoor Khan and son Taimur arrived at Karisma Kapoor’s residence, as she hosted an intimate party to celebrate her daughter Samaira's birthday. Samaira turned 16 today. Kareena took to her Instagram handle and posted a throwback picture with Karisma's kids Samaira and Kiaan, where she referred Samaira as "our first born baby". Karisma and Kareena’s parents, Randhir Kapoor and Babita Kapoor, were also in attendance.

Kareena Kapoor Khan and Saif Ali Khan who welcomed their second child last month were snapped in Bandra suburbs of Mumbai. This was their first public appearance together after the birth of their second son.

Kareena Kapoor Khan and Saif Ali Khan welcomed their second child, a baby boy on Sunday. The new mommy was discharged from the Breach Candy hospital on Tuesday morning and headed to her new home with the newborn. During the evening, Kareena's sister Karisma Kapoor, sister-in-law Soha Ali Khan along her husband Kunal Kemmu were seen paying the visit to the newborn and the couple.

Mom-to-be Kareena Kapoor Khan is going strong in the ninth month of her pregnancy. The actress who is set to welcome her second child with actor-husband Saif Ali Khan is enjoying time with her family and friends. Kareena & Saif got married in the year 2012 and are parents to son Taimur. Soon, they will be welcoming their second baby. The announcement for the same came in August last year. Meanwhile, the Laal Singh Chaddha actress was recently snapped in Mumbai by the shutterbugs with her son Taimur. Catch her glimpse here:

Late legendary actor-filmmaker Raj Kapoor's son and actor Rajiv Kapoor passed away on Tuesday. He was 58 when he breathed his last. Check out his unseen photos with brothers Randhir and Rishi Kapoor.

Filmmaker and producer Karan Johar twins, Yash and Roohi turned four on Sunday. Karan hosted a birthday bash for the kids. Many popular celebrities and their children attended the party. Kareena Kapoor Khan with son Taimur, Neha Dhupia with daughter Mehr, Gauri Khan and son AbRam Khan, Tusshar Kapoor with his son Laksshya and Ekta Kapoor with her son were snapped at Karan's residence. Later in the evening, Rani Mukherjee was also seen with daughter Adira.

PICS: Kareena Kapoor Khan keeps her pregnancy fashion on point as gets clicked with sister Karisma

Kareena Kapoor Khan is all set to welcome her second child with her actor husband Saif Ali Khan. On Saturday, she got clicked in the city with sister Karisma Kapoor, Check out her latest photos.

Kareena Kapoor Khan, who is all set to welcome her second child with husband Saif Ali Khan, was spotted outside a clinic in Bandra on Monday morning.

Power couple Kareena Kapoor Khan and Saif Ali Khan made an appearance in the city acing their casual and comfy look. On the other hand, Tara Sutaria made heads turn flaunting her washboard abs. Check out the latest celebrity photos here.

The actress is back on the sets and have began shooting for the third season of her talk show 'What women want'. She was snapped outside a studio wearing a stripped dress.

Mommy-to-be Kareena Kapoor Khan was spotted outside her Bandra residence in a flowy white dress.

As popular as Bollywood diva Kareena Kapoor Khan is for her stellar performances in films, her pout and sun-kissed selfies equally makes the fans starry-eyed. Check out her lockdown selfies that broke the internet.