In an outcome unmatched over the last 40 years, the Bharatiya Janata Party (BJP) won 312 out of 403 (77.4 per cent) seats in India’s largest state assembly in its most-populous state, increasing its vote share by 25 percentage points from the 2012 assembly elections to 39.7 per cent in 2017.

The BJP almost repeated its performance from the 2014 parliamentary elections, when it won 42.7 per cent votes and 73 (more than 90 per cent) of 80 Lok Sabha seats. Despite the effects of demonetisation and the perception that voters behave differently in parliamentary and assembly elections, it would take a historic vote swing favouring the Samajwadi Party (SP)-Congress alliance or the Bahujan Samaj Party (BSP) to keep the BJP from sweeping UP, as IndiaSpend had predicted in January 2017.

This performance–vote share, and seats won as a percentage of total seats–is the best by any party after 1977, when, in the wake of the Emergency being lifted, the Janata Party won 352 seats of 425 (82.8 per cent) seats and garnered 47.8 per cent votes from the people of UP.

As the chart shows, the SP and BSP maintained their core vote share of at least 20 per cent–the SP had 29 per cent of the votes in 2012 and the BSP, 26 per cent–in the 2017 assembly elections, but they could not translate those into seats. 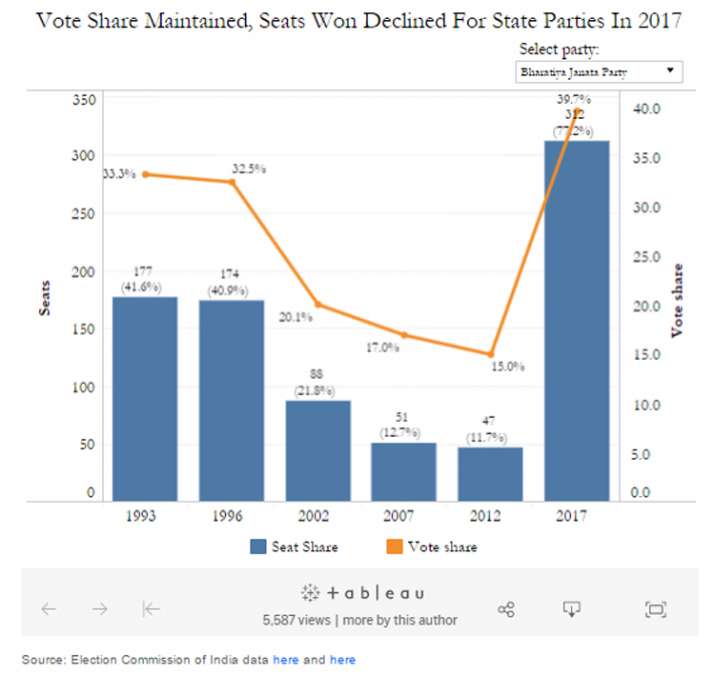 Our analysis of assembly elections since 1993, after the formation of the SP, shows that both SP and BSP were consistent in growing their vote shares, while the vote shares of the major national parties, the BJP and the Congress, reduced. 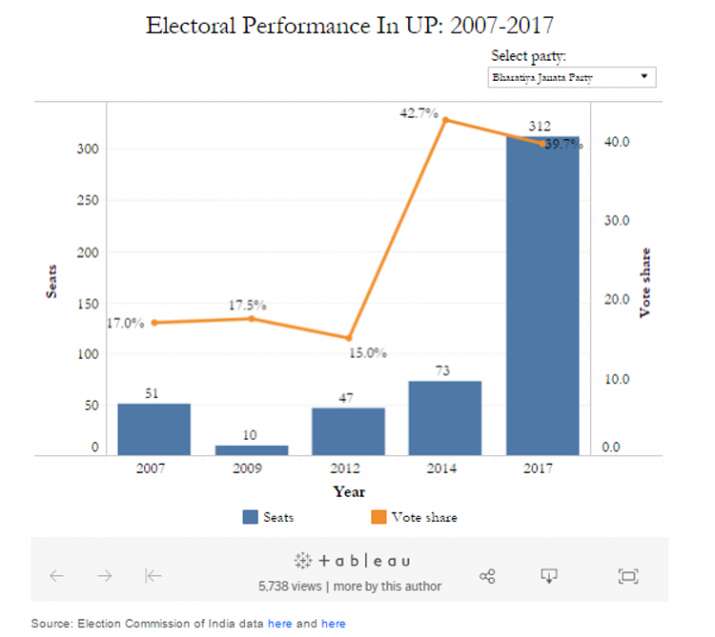 Looking back at the last four decades, the BJP started modestly in 1980, winning 11 seats with 11 per cent of UP’s votes, as we said. 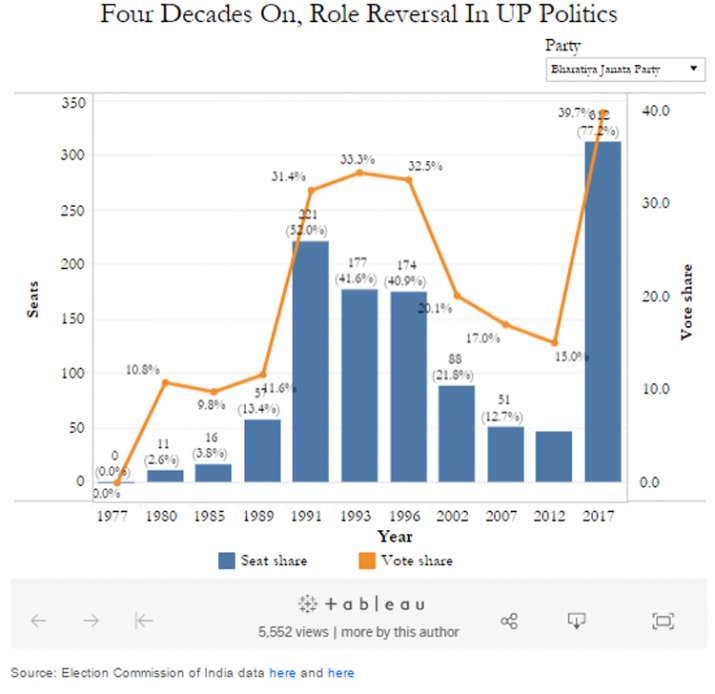 So dominant were the SP and BSP over the last 30 years, the BJP and Congress were compared with a third front.

Except for three of the last 11 state elections, non-Congress and non-BJP parties put together always garnered more than a third of the votes, winning more than half the state’s vote in 2007.