The synagogue is located at the intersection of Wilkins and Shady avenues about 10 minutes from downtown Pittsburgh.

A gunman opened fire at a Jewish synagogue in the US city of Pittsburgh on Saturday, with up to eight people feared killed, local media reports said.

Woman opens fire at YouTube headquarters in California, injures 3 before fatally shooting self

US: Shooter kills at least three at a Maryland distribution centre, arrested

Shootout in US: Officer killed, 6 other officers wounded in South Carolina

Among the injured are three police officers. The shooter, said to be a bearded white male, has been taken into custody. He was taken to a hospital as he was injured during the exchange of fire with the police.

FBI agents have reached the 'Tree of Life' Congregation Synagogue at Squirrel Hill area in Pittsburgh, where a large number of people had gathered for a morning service when the shooting took place.

Initial reports indicated that this was a hate crime. According to the local KDKA channel, the gunman walked into the building and yelled, "all Jews must die".

"Watching the events unfolding in Pittsburgh, Pennsylvania. Law enforcement on the scene. People in Squirrel Hill area should remain sheltered. Looks like multiple fatalities. Beware of active shooter. God Bless All!" Trump said in a tweet.

"Monitoring reports of a shooting at Tree of Life Synagogue in Pittsburgh. Praying for the fallen, the injured, all the families impacted, and our courageous first responders. God bless them all," Vice President Mike Pence said. 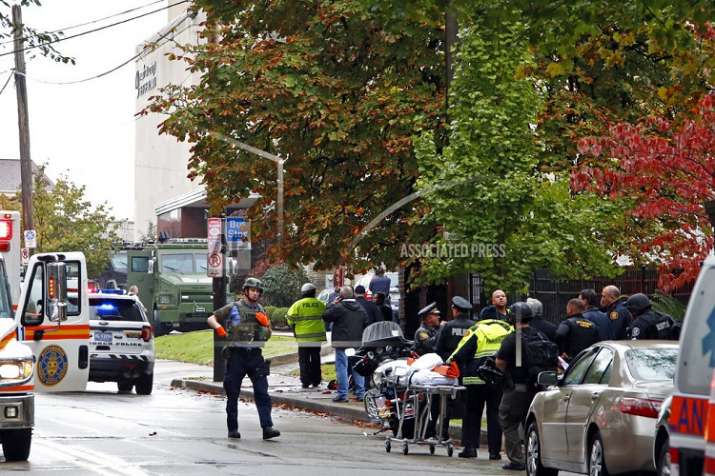 According to Michael Eisenberg, past president of Tree of Life Synagogue the shooting happened during weekly Shabbat services at the Jewish synagogue. At the time, three simultaneous congregation services were taking place. 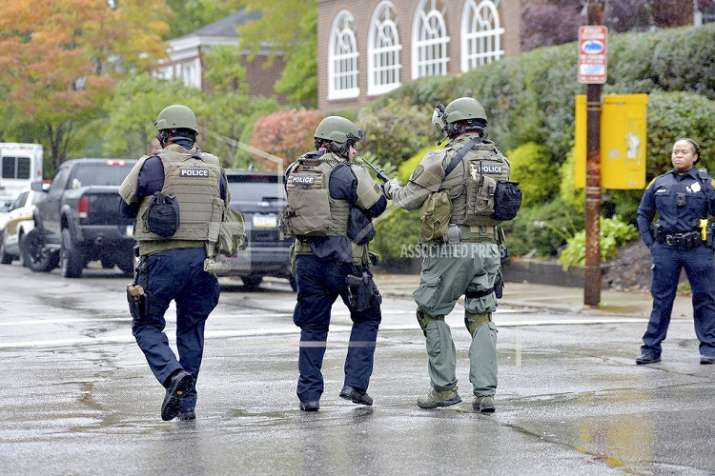 Pennsylvania Governor Tom Wolf described it as a tragedy.

"The shooting in Pittsburgh this morning is an absolute  tragedy...These senseless acts of violence are not who we are as Americans. My thoughts right now are focused on the victims, their families and making sure law enforcement has every resource they need," he said.

"We cannot accept this violence as normal," Wolf said.