While India take on New Zealand in the much-awaited World Test Championship and England in a five-Test rubber, a new-look squad sans skipper Virat Kohli, Jasprit Bumrah, and Rohit Sharma will tour Sri Lanka for a white-ball series.

Seldom will you find a national squad with such depth. In a crowded fixture list featuring extensive England tour and bilateral series against Sri Lanka -- both being played concurrently -- the added depth and x-factor of the Indian cricket team stands out a mile.

What would India's limited-overs squad for Sri Lanka tour look like?

Keeping aside the idea of cricket being played against the backdrop of a humanitarian crisis, let's see how the Sri Lanka tour will be a great chance for the selectors to test India's bench strength. None of the players picked for the England tour will make it for the Sri Lanka series, leaving the field wild open for many, especially for those who have been swaying back and forth from the national set-up.

While the tour will help uncapped players like Chetan Sakariya and Rahul Tewatia to prove their worth, it'll be a revival opportunity for many stars. Prithvi Shaw, Shikhar Dhawan, Bhuvneshwar Kumar, Hardik Pandya, Sanju Samson, and Kuldeep Yadav would be licking their lips. Being sidelined from the first-choice mix, these names would be eager to leave a mark, with the T20 World Cup being not too far away and competition for spots in the Indian team growing considerably. 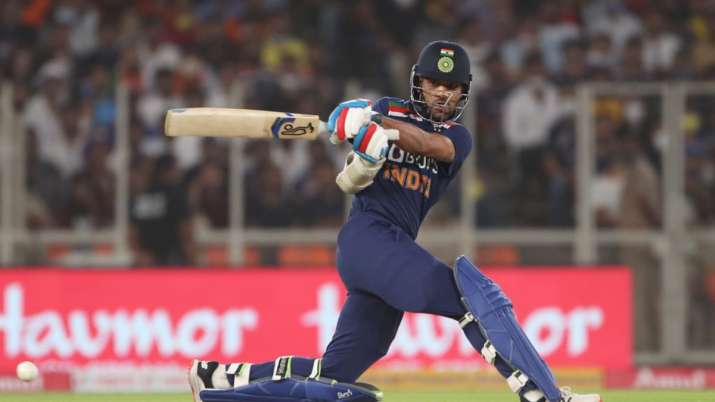 Delhi Capitals' vaunted opening pair of Shikhar Dhawan and Prithvi Shaw will be facing a 'friends-turned-foes' situation. Being in terrific form with the bat, the pair will be itching to make its good form count and compete for the second-choice opening spot ahead of the T20 World Cup.

The team management is spoilt for choices for openers. Skipper Virat Kohli will be joining his deputy Rohit Sharma at the top, continuing the process of reinventing himself as a T20 opener. "I would definitely like to partner Rohit at the top," said Kohli, marking the opening slot after India's recent series victory against England. While Kohli wasn't his best self in the now-suspended IPL 2021, he's likely to find his mojo.

Dhawan, being among the senior mix, will be looking to deliver in Sri Lanka after a successful IPL 2021 campaign. He scored 283 runs in eight games including three half-centuries. He's likely to captain the side if injured Shreyas Iyer doesn't make the cut.

Shaw's also in the same boat. Being denied a ticket to World Test Championship final and England tour, the young opener will be hoping to continue his impressive form. Like Dhawan, Shaw also fared well and scored 308 runs to make himself worthy of a national comeback.

A lowly strike rate (123.71) in the IPL 2021 will certainly bother Manish Pandey. SunRisers Hyderabad kept searching for answers until the suspension of the tournament, with Pandey also being blamed for his sluggish batting approach. The year hasn't been kind to Pandey. Before a mediocre IPL campaign, he was axed from the national side when the BCCI announced an 18-man squad for England ODIs. He was also dropped from the BCCI announced annual contract list for players.

Samson's future with the Indian team also hangs in the balance. He was also dropped from the ODI set-up earlier in the year. However, the Rajasthan Royals skipper will have an edge over Pandey, especially after his IPL 2021 exploits. He started off with a blistering 119 and finished with 277 runs at 46.2 with a strike rate of 145.8.

Talking about India's middle-order, Suryakumar Yadav and Ishan Kishan will also eye consistency after a below-par IPL season with Mumbai Indians. While Suryakumar will try to cement the No.3 spot, Ishan will be looking to find his touch in Sri Lanka. 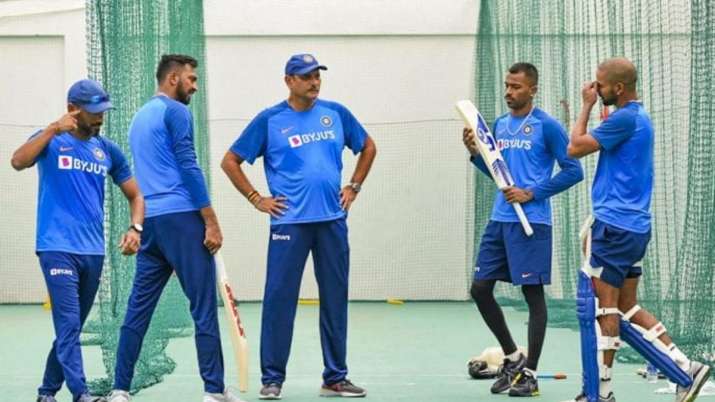 While the rise of Hardik Pandya as a batsman has been a treat to watch, a long-standing back injury has held back his all-around ability. Hardik, who hasn't bowled consistently, could squeeze into the set-up as a pure batsman. However, the team management would be hoping to Pandya chip in with a few overs in the shortest format.

Sri Lanka tour will be a great chance for the Baroda cricketer to get back to bowling -- given the fact that he's a first-choice pick as a fast-bowling all-rounder. Vijay Shankar and Shivam Dube could perhaps be gifted a chance if India decides to rope in Pandya only as a 'pure batsman' in the squad.

Krunal Pandya, who will be battling for a spot with in-form Ravindra Jadeja, will also eye a place in the T20 World Cup squad. After earning his ODI debut, Krunal was impressive for MI in IPL 2021, finishing the tournament with 100 runs in seven games. The senior Pandya was also promoted up the order at the No.4 position.

Rahul Tewatia, who hasn't had a memorable IPL 2021 stint, will also be up to compete for the all-rounder's slot. The Haryana leg-spinner's batting ability isn't a secret after his last year's carnage in the UAE off Sheldon Cottrell. 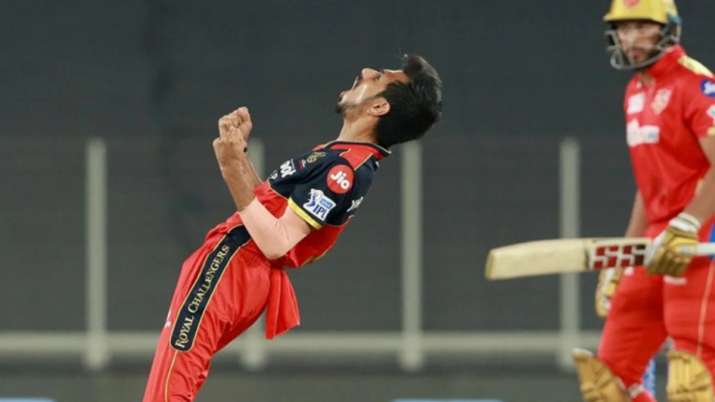 While Bhuvneshwar Kumar is set to take charge of the bowling unit in Sri Lanka, Rahul Chahar and Yuzvendra Chahal will contest for the spin-bowling spot ahead of the T20 World Cup. Chahal and his ally Kuldeep Yadav seemed to have fallen off the map, and the team management could possibly invest in 21-year-old Chahar. In the last IPL edition, Chahar, a part of the Mumbai Indians set-up, picked up 15 wickets and finished this year's season with 11 plucks in seven games.

Chahal, on the other hand, struggled in IPL 2021, picking only four wickets in 8 games before the tournament got indefinitely shelved. He wasn't in great touch in the T20I series against England too, picking just three in three games. It's also been a downward curve for Kuldeep. 'Kul-Cha', the national side's first-choice spin-bowling pair at one time, will be fighting for revival in Sri Lanka while Chahar and Varun Chakravarthy could rise through the ranks. Chakravarthy's long-awaited India debut can perhaps end in Sri Lanka in July