Ganguly recently took to Instagram to share a throwback image of his iconic Test innings against England at Lords and captioned "fanatastic memories". Ganguly slammed century at the iconic ground on his Test debut.

Ganguly's former teammate Yuvraj Singh didn't lose the opportunity to troll his captain of yesteryears. The watermark of the photo agency was displayed on Ganguly's image and Yuvraj didn't ignore that. The southpaw commented: "Dada logo to hata lo! Your Bcci president now please be professional (sic)," he commented on the picture." 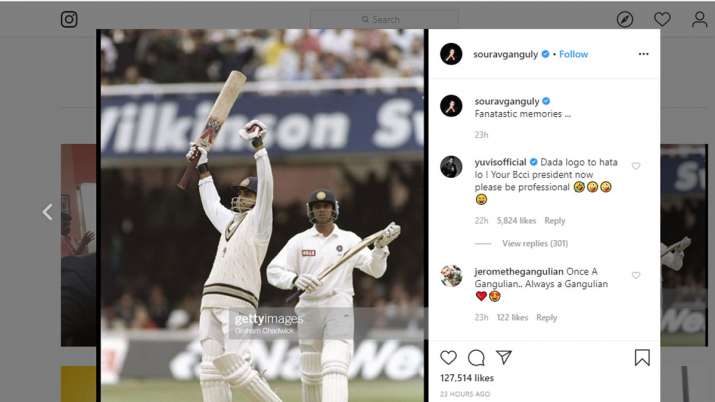 "This reminds us of his great knock. Is there any other instance of Dada at Lords that one can think of?" he asked.

Tendulkar on Thursday took to Instagram to post a picture from Southbank in Melbourne where he was seen "Soaking up the Sun."