Mumbai Indians won 11 of the 16 matches they played in IPL 2019 and defeated Chennai Super Kings four times in the same season -- a feat unmatched by any other team.

Mumbai Indians has been the only other consistent team apart from Chennai Super Kings over the last 12 years of the Indian Premier League. Be it from the start of the tournament or a rally towards the end, Mumbai have always somehow managed to thrill their fans and win trophies so far. Therefore, it is no surprise that they have become the first team in the IPL to win the competition four times.

However, this time around, things were a little different for the Rohit Sharma-led franchise.

Unlike most years, there was no late peak or a one-man show. It was a team effort and people stepped up at the right time.

Pipping Chennai Super Kings in the summit clash, Mumbai topped the table by winning nine of the 14 league matches and then lifted the trophy by beating CSK for the fourth time in this tournament -- a rare feat that no one has achieved yet.

In the 12th edition of the IPL, every player of the team stood up when they had to. Not one but all players did their bit and the result was another IPL title.

From taking the right decisions to backing them, Mumbai decided not to experiment too much with the playing XI and that paid heavy dividends.

But, there got to be star performers surely and there was as well. Acquired from Royal Challengers Bangalore, Quinton de Kock played some sublime knocks at the top along with Rohit Sharma, who had a very average IPL mostly. But, the South Africans runs more or less made up for the lack of it from Rohit. The wicketkeeper-batsman finished the season with 529 runs from 16 games -- the third most in this year's tournament behind David Warner (692) and KL Rahul (593). de Kock's bashing at the top was backed down by Suryakumar Yadav (424) and a rediscovered Hardik Pandya, who enjoyed his best season with the willow -- smashing 402 runs from 16 games. 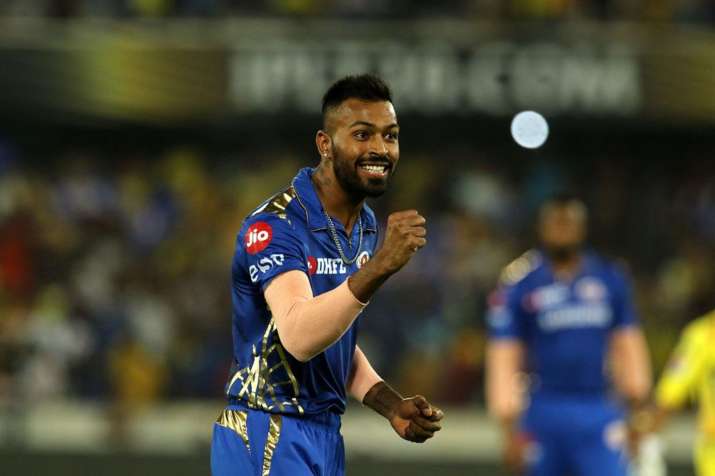 Hardik had the second-best batting strike rate in the overs 19 and 20 -- 266.07 after Kolkata Knight Riders' Andre Russell's 285.71. Following them was Kieron Pollard, who was striking at 256.75 (minimum 30 balls faced). Pollard also chipped in with important runs and scored 279 runs from 16 games.

Their batting was ably backed by their bowlers, who hunted in packs before Jasprit Bumrah and Lasith Malinga tied the batsmen down towards the end. Bumrah and Lasith Malinga were the second-most successful and joint-third respectively between overs 17 and 20 in terms of taking wickets. Kagiso Rabada took 17 with Bumrah next with 13 and Malinga level with Mohammed Shami's 11. The duo was ably backed by Krunal Pandya with his economical bowling and the emerging Rahul Chahar, who snapped 13 wickets from 13 games at an economy of 6.55.

The fielders as well didn't let the bowlers down. Mumbai have held on to 70 of the 87 opportunities presented to them and have a success rate of 80.45 per cent.

Mumbai, unlike most years, have performed consistently and cohesively and on the day of the final, despite the see-saw battle, they were rewarded. Belief and having each other's back is the motto by which the Mumbai franchise swears by and on Sunday, they once again showed that despite the lapses, they are strong enough to pip a strong side in Chennai.