Both the batsmen have been in sublime form in the shortest format of the game throughout the year.

Rohit had gone past Virat Kohli for the record during the series against Bangladesh in November earlier this year. The Indian captain was rested for the series.

Kohli had earlier held the spot in September following his match-winning 72 against South Africa at home. 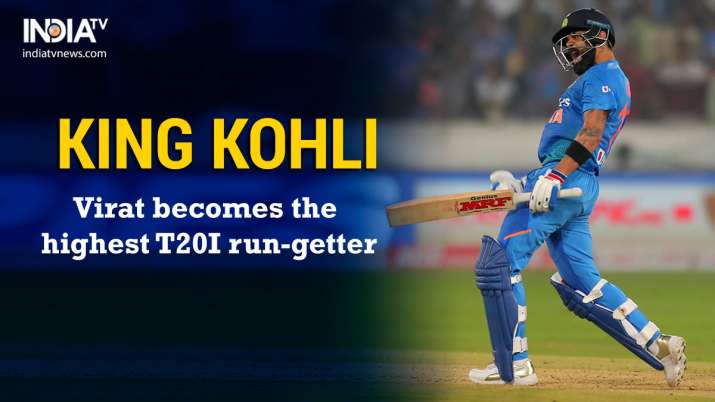 The Indian skipper played a crucial role in the side's victory against West Indies in the first T20I of the series on Friday. Virat Kohli scored a T20I career-best 94* to lead India to their record run-chase in the shortest format of the game.

Kohli will also look to become the first Indian to score 1000 T20I runs at home. With 975 runs in 27 innings, Kohli stands 25 runs from being the third cricketer overall to reach the mark after New Zealand's Martin Guptill and Colin Munro.

However, Kohli stands a chance to become the fastest to the mark as both the other batters had achieved the feat in their 31st innings.