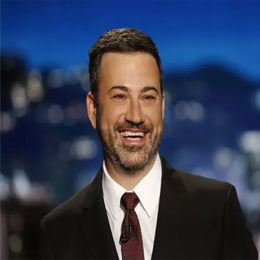 American television host James Christian Kimmel, popularly known as Jimmy Kimmel was born November 13, 1967. The multifaceted personality Jimmy Kimmel is not just a television host but also a comedian, writer, and producer by profession. He is also the host and executive producer of Jimmy Kimmel Live!, which is a late-night talk show. His show premiered on ABC in 2003. Kimmel, who is all set to host Oscars 2018, earlier hosted the Primetime Emmy Awards in 2012 and 2016 and the Academy Awards in 2017.

Oscars 2018: ‘Let’s get it right this time’, Jimmy Kimmel opens the ceremony as ‘night of positivity’

Oscars 2018: All you need to know about 90th Academy Awards host Jimmy Kimmel

After successful debut, Jimmy Kimmel all set to host 2018 Oscars