Video footage from the event that took place on August 18, shows supporters of the two leaders holding guns in the air and firing.

Karnataka Police has suspended three constables for not taking action after gunshots were fired during the Jan Ashirwad Yatra of Union Minister for Chemicals and Fertilizers, Bhagwanth Khuba.

Yadgir Superintendent of Police (SP) Vedmurthy told ANI that the three constables were suspended on Thursday for not acting legally after being present at the celebratory rally.

"Veeresh, Santhosh, and Mehboob from Yadgir rural police station were suspended on August 19 for not acting legally after being at present at the spot. Gunshots were fired by the supporters and followers of former minister Baburao Chinchansur. Thus, I have ordered for enquiry into the case," he said. 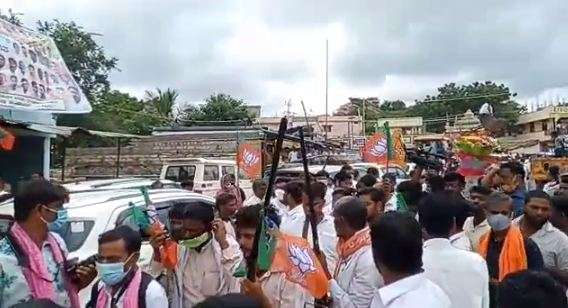 Video footage from the event that took place on August 18, shows supporters of the two leaders holding guns in the air and firing. 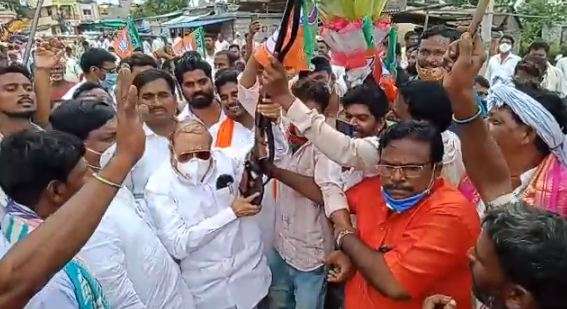 In another frame, Chinchansur can be seen holding the gun along with his followers.

Explaining his stance, the former minister has said that shooting is the tradition in some villages while welcoming. Also, gunshots would be fired in marriages and in deaths, he added.

The new Union Ministers have embarked on Jan Ashirwad Yatra as they could not be introduced in Parliament earlier this month due to repeated disruptions by the Opposition.

The yatra seeks to inform people about the achievements of the BJP-led central government in internal, external, economic, social, health spheres and programmes aimed at boosting employment through its focus on self-reliance.