On 73rd Independence Day, Google Doodle showed their creativity once again and depicted the traditional motifs from the Indian textile. People on Twitter are amazed and are posting wishes on Independence Day 2019.

India is celebrating its 73rd Independence Day on August 15, 2019, as on this day our country became free from the colonial rule and became a sovereign nation. In the honour of the same, Google also paid tribute through its doodle that displays on its home page. This year’s Independence Day doodle was designed by Shaivalini Kumar and depicts that various traditional motifs from the Indian textile showing the complex yet harmonious “patchwork” of Indian culture, ranging from education to the arts, to courage and compassion.

The celebration of the national festival took place at New Delhi’s Red Fort where the Prime Minister Narendra Modi addressed 1.3 billion Indian citizens and gave his speech that began at 7:30 am. The Tricolor was hoisted and the national anthem was played along with service personnel standing and saluting the national flag. 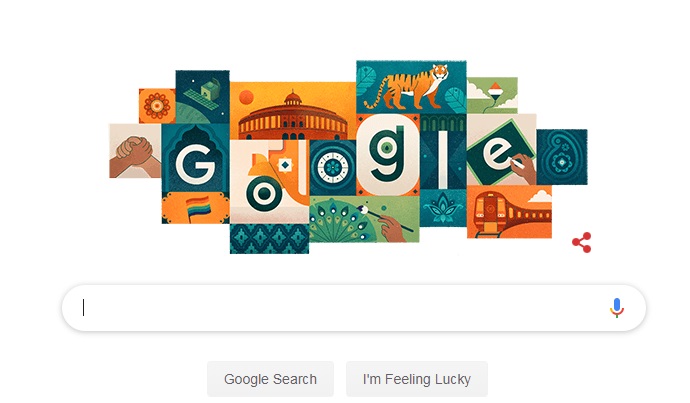 Delhi: Prime Minister Narendra Modi inspects the Guard of Honour at the Red Fort. He will address the nation shortly. #IndependenceDayIndia pic.twitter.com/T7T6XJs2R2

I am not a Hindu🕉️

I am not a Muslim☪️

Neither am Dalit or a Rajput

I am Indian🇮🇳...and am proud of it.