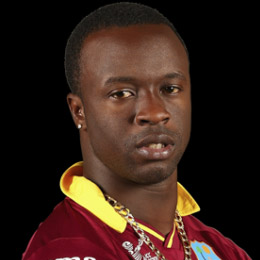 Roach is the only bowler from last decade in West Indies cricket who has still maintained his position in current team. The Barbados born speedster made his Test debut against Bangladesh in 2009 where he picked up 13 wickets in first two Test and announced his arrival in International cricket. The series that made Roach made a big name was against Australia where Roach troubled Australian batsmen with his quick pace which also led great Ricky Ponting to retire hurt with injured elbow after a 146kph delivery hits him. But an ankle injury suffered during the Centurion Test in December 2014 slowed him down a little bit.

Kemar Roach fit enough to get 250 or even 300 wickets, feels Courtney Walsh

England vs West Indies: 300 would be great, says Kemar Roach after going past 200 Test wickets

England tour like the Ashes for us, says West Indies pacer Kemar Roach