The Met has forecast less rains in the next 24 hours till Saturday, which is expected to aid the rescue and relief operations taken up on a war footing.

Kerala is facing the heaviest rains and floods witnessed in the state since 1924 which by now have caused massive destruction with damages to crops and properties estimated to be thousands of crores.

Besides the Army, Navy and the Indian Air Force, the Coast Guard and the NDRF have been asked to mobilise additional manpower, boats and helicopters to scale up the rescue and relief operations.

Food packets and drinking water are being rushed to Kerala for distribution among the people in 14 worst affected districts, while additional NDRF teams are also being sent to the state to assist the local administration in operations.

Although the intensity of rains decreased in several districts since Friday morning, waters from the big dams in Idukki district continued to be let out keeping 13 districts in red alert, except for Kasargode. Waters from the Periyar river and its tributaries kept many towns in Ernakulam and Thrissur submerged. The worst affected include Paravur, Kalady, Chalakudy, Perumbavoor, Muvatupuzha.

Major national and state highways as well as the rail traffic continued to be disrupted in various parts of the state. Railway operations between Ernakulam and Thrissur is suspended; while the Alappuzha sector is open to Thiruvananthapuram, but the Kottayam sector is closed. Some long distance trains were being diverted via the Nagercoil sector. 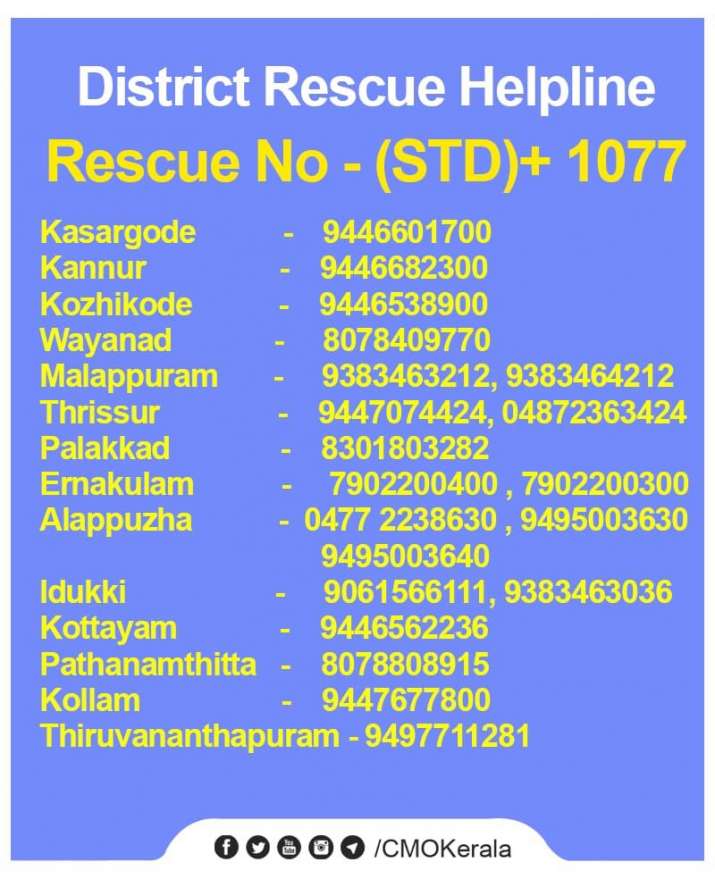 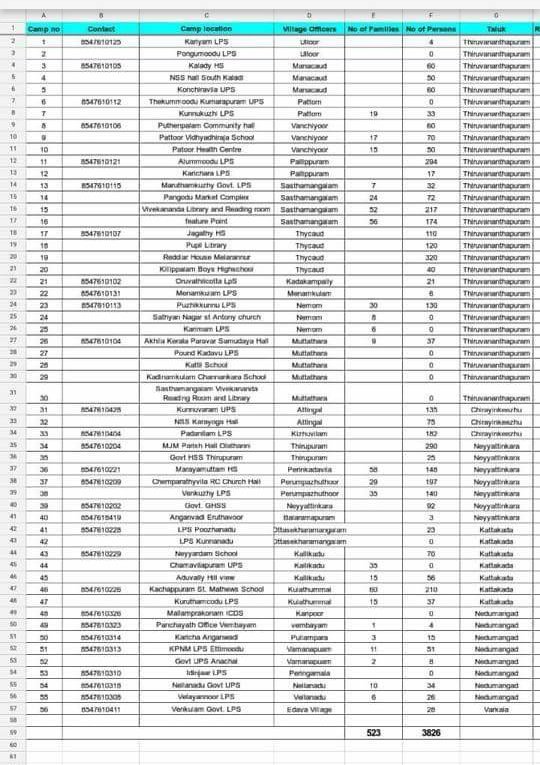