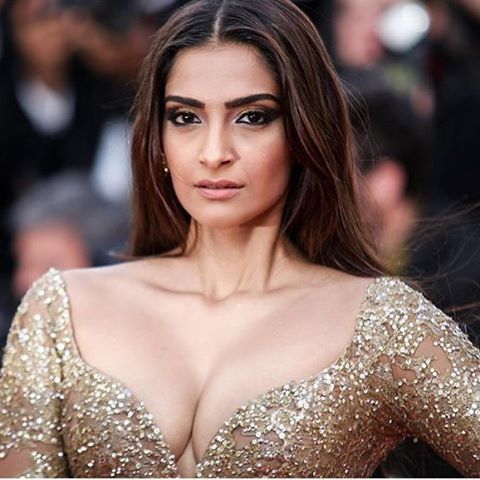 Every day we come across different trends on social media platforms, which people like to follow wholeheartedly. In this trending race, we see celebrities to netizens who take an active part in performing these trends. Lately, we have witnessed a new trend of adding pictures to Instagram's new feature called ‘add picture’ that is going viral. As 31st March marks husband appreciation day, a few actresses took advantage of the day to share a picture with their husbands. Take a look!

Bollywood actress Sonam Ahuja on Wednesday (March 23) made heads turn with her first public appearance along with husband Anand Ahuja since the couple announced the news of pregnancy with their first child. The couple arrived in the city's suburbs for Anand's store launch. Sonam's father Anil Kapoor, brother Harshvardhan Kapoor were also present at the event. Check out pictures here:

Bollywood celebrities left no stone unturned with their stunning festive looks this year. From lavish lehengas to stunning saris, there were a variety of sparkling outfits on display. Take a look!

Sonam Kapoor Ahuja, under the expert eye of Rooshad Shroff has imagined, curated, and choreographed her London home and studio herself. And for the very first time, the Bollywood actor has opened the doors for a peek into her home.

Rhea Kapoor-Karan Boolani wedding reception: Sonam, Shanaya, Khushi and others have a blast

Take a look at these throwback clicks of Bollywood actors who nailed their weird and spooky avatars in Halloween parties from previous years.

Sonam Kapoor and Anand Ahuja's lavish Delhi home is sheer beauty. Have a look at the pictures.

Some stars are catching up on household chores while a few are honing their dancing skills. Check out what your favourite celebrities are doing amid coronavirus lockdown.

Cousins Sonam Kapoor, Arjun kapoor, Shanaya Kapoor and Janhvi Kapoor unveiled an intersection in Chembur named after their grandfather. Check out the photos.

Check out the photos from the red carpet of the Filmfare Awards 2020 curtain-raiser.

From Sonam Kapoor's divine look to Salman Khan, Sara Ali Khan spotted in the city, here are all the latest celebs photos.

Sonam Kapoor returns to the bay with hubby Anand Ahuja from her Maldives vacay.

Sara Ali Khan, Alia Bhatt, Rajinikanth papped in and around Mumbai. Check out all the latest photos of Bollywood celebs here.

A lot happened at the screenings of The Zoya Factor and Pal Pal Dil Ke Paas. Check out the photos here.

Latest Photos of Deepika Padukone, Sonam Kapoor and others

From Deepika Padukone’s photos from the airport to the special screening of Sonam Kapoor’s The Zoya Factor, here are all the latest pictures.

Check out all the latest pictures of your favourite Bollywood celebs.

From Deepika Padukone’s visit to Lalbaughcha Raja to Alia Bhatt’s pictures in fiery red outfit, check out all the latest Bollywood photos here.