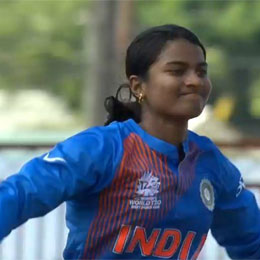 Dayalan Hemalatha is a top-order batswoman, who plays down the order for the national team and gives India an edge with her occasional off-spin bowling. Having debut recently in for India, Hemalatha has played just three ODIs with 41 runs and two wickets to her name so far. At the World T20, Harmanpreet might hand Hemalatha her T20I cap as she could be a trump card for the blues.