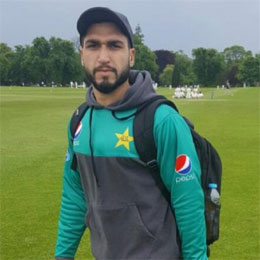 In a team full of talented left-arm pacers like Mohammad Amir, Junaid Kahan and Mohammad Irfan it was tough for Usman Shinwari to get his name on the team sheet, but he made it with his classic domestic performances. He grabbed the selectors attention in Departmental T20 Cup where he slaughtered the batting line up of Misbah ul Haq's SNGPL team and picked five wickets in just 3.1 overs by giving just nine runs. Usman made his T20 debut in 2013 where he didn't get much chance to prove himself. Although he had to wait for his ODI debut till 2017 where he played against Sri Lanka team.