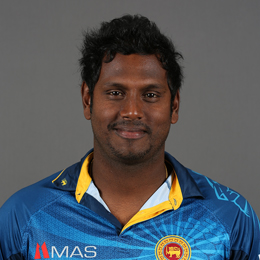 One of the best Sri Lankan cricketers to have emerged in the modern era, Mathews started his career as a genuine all-rounder proving equally effective with both the ball and the bat across formats. Handed the Test captaincy at 25 years of age he rallied his troops to win a historic maiden Test series win on English soil in 2014. But, multiple injury issues including a shoulder surgery forced him to largely give up on his bowling limiting himself to focussing on his batting. Going into the 2019 World Cup, Mathews remains one of the Islanders' biggest hopes in lifting the coveted title.

2019 World Cup: Disappointed with my performance as I could have done better, says Angelo Mathews