Sharjeel Imam arrested from Bihar's Jehanabad on charges of sedition

Ex-JNU student and activist Sharjeel Imam, accused of sedition, was arrested from Bihar's Jehanabad on Tuesday. The arrest was made by Delhi police crime branch. Imam was slapped with sedition charges for delivering inflammatory speeches against the amended Citizenship Act and the planned National Register of Citizens.

"Sharjeel Imam (JNU student) was arrested from his village in Jehanabad at around 2 p.m. today. We are taking transit remand from Bihar and trying to bring him to Delhi from the shortest possible route," Rajesh Deo, DCP Crime Branch, Delhi Police said.

Imam was heard saying in an audio clip that Assam should be cut off from the rest of India and taught a lesson, as Bengalis — both Hindus and Muslims — are being killed or put into detention centres.

A series of video have gone viral on social media in which Sharjeel Imam is heard saying: "If we come together, then we can seperate the Northeast from India. If we cannot do it permanently, than at least for one to two months, we can do this." 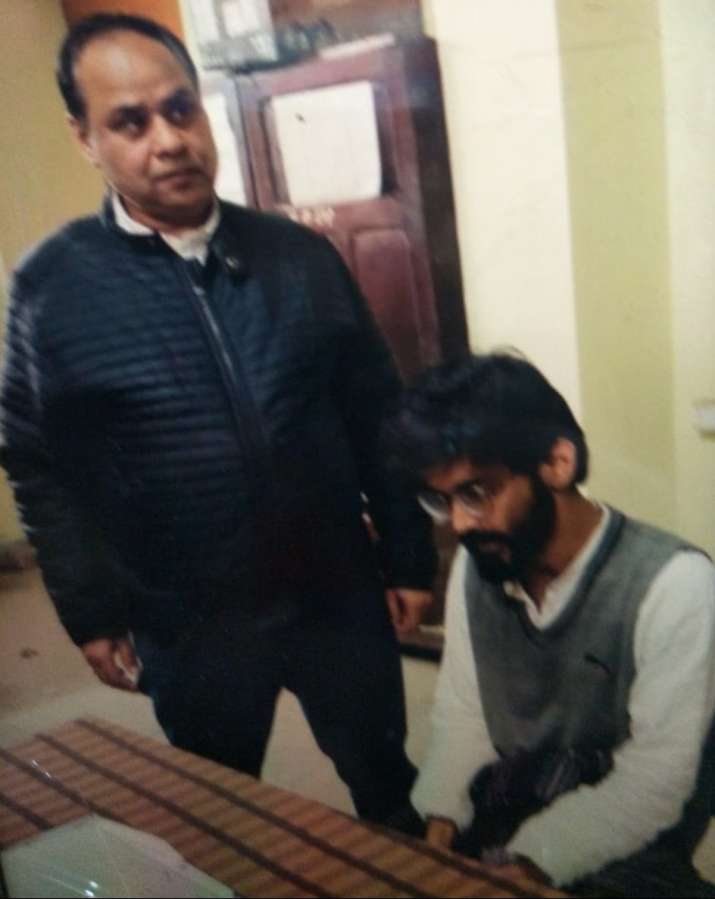 "It is our responsibility to cut Assam from India. When this happens, only then the governmnet will listen to us," he is heard saying further in the video.

A case against Imam under IPC sections 124 A (an offence by words, either spoken or written causes disaffection against Government established by law), 153 A (promoting enmity between different religious groups with an intent to create disharmony) and 505 (statements conducing to public mischief) has been registered.

Nitish's JDU has so far distanced itself from CAA and NRC. Nitish Kumar however so far has voiced his dissent on NRC and CAA.

"If somebody does something wrong, action will be taken. Police and court will decide on the action," Nitish told reporters.

ALSO READ | What is Sedition? What does the Constitution say?