Between society's norms and morally corrupt mindsets, why am I not safe as a woman?

Often around us, we see girls say 'it is not safe to go out in the night' or 'let's get back inside at a decent time'. The question is who decides decent? Who decides when a girl should go out and when she should come back inside the house? Is it fair to let this 'self-retrospection' of safe surroundings become the new norm wherein this becomes something which every girl in this country learns to live with?

Candle marches, protests, demonstrations--in the current times--these 'efforts' are the last thing that any girl in this country, would want the masses to put for her. When a woman is raped, burnt, harassed, terrorized and assaulted, the essential life energy of the planet is destroyed. For a woman, the tag 'rape survivor' becomes a burden for life, when the same society, petrifies her for a crime she didn't even commit. Or else she committed the sin of being a girl...

A girl is far more responsible for rape than a boy.

These are the words of one of the main accused in the Nirbhaya rape case. They don't, however, represent one man, but one mindset.

After the shameful incident of gangrape and murder of a Hyderabad vet came to light, the grave situation of women safety in India calls for attention again. Globally, one in three women experiences either intimate partner violence or non-partner sexual violence during her lifetime. Intimate partner violence, female genital mutilation, early and forced marriage and violence as a weapon of war, sexual and gender-based violence, are a major public health concern across the world, a barrier to women’s empowerment and gender equality, and a constraint on individual and societal development, with high economic costs.

The charred body of the 25-year-old veterinarian was found on the outskirts of Hyderabad after four drunk men allegedly gang-raped her through the night and set her ablaze after suffocating her to death. The body was later dumped under a bridge on the NH44, the highway which goes to Bangalore.

Whether you are a teen, infant, woman, schoolgirl--It doesn't matter. The only thing that matters is--you are a girl and you are bound to be objectified, harassed, molested and raped.

When ministers make shameful comments like 'Why the girl was out so late'? Why she didn't call the cops?--I want to simply ask them--What about the girls who are not even safe in their homes? In the current times, a girl will have to protect herself even from her father, brother, cousin and all those who are supposed to give her 'safe haven.'

These barbaric incidents across the country highlight India’s poor track record in protecting its women, even after the Nirbhaya case, seven years ago, brought to light the criticality of the matter.

In India, according to National Family Health Survey (NFHS-4), 30 percent of women in the age group of 15-49 have experienced physical violence. Meanwhile, 31 percent of married women have experienced physical, sexual or emotional violence by their spouses. Even though such heinous cases draw attention towards the worrisome situation of women's safety and security, unfortunately, the impact of such incidents doesn't last long.

It is important for society to understand that rape is a crime of the victim's heart and crime of convenience for the rapist.

In the Nirbhaya case, which shook the whole nation, a paramedic student was raped on the intervening night of December 16-17, 2012, inside a running bus in south Delhi by six persons and severely assaulted before being thrown out on the road. She died on December 29, 2012, at Mount Elizabeth Hospital in Singapore, where she was airlifted from Delhi for treatment.

However, this case had led to changes in India’s legal system, including the passing of stringent sexual assault laws, and the creation of fast-track courts for prosecution of rape accused.  At least four states – Rajasthan, Jammu and Kashmir, Haryana, and Arunachal Pradesh – have introduced the death penalty for rape of minors, defined as under 12 years of age. The Centre has also amended the Protection of Children from Sexual Offences (POCSO) Act to introduce the provision of the death penalty for raping minors aged under 12 years. 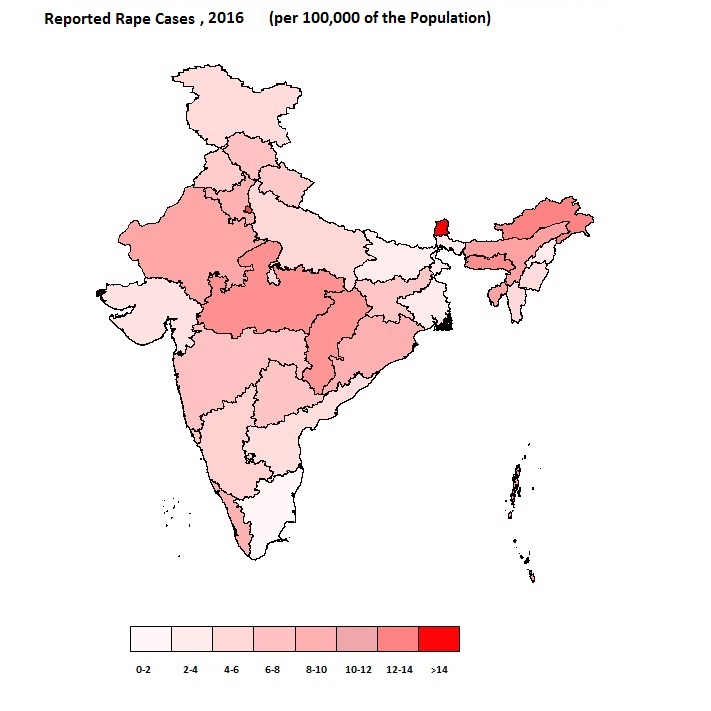 According to the National Crime Records Bureau (NCRB) 2016 report, India’s average rate of reported rape cases is about 6.3 per 100,000 of the population. However, this masks vast geographical differences with places like Sikkim and Delhi having rates of 30.3 and 22.5, respectively, while Tamil Nadu has a rate of less than one. Of course, one must be careful in interpreting these state-wise differences as these are ‘reported’ cases and could suffer from under-reporting.

The National Family Health Survey (NFHS) conducted in 2015-16, reveals that an estimated 99.1% of sexual violence cases are not reported. In the absence of a nation-wide crime victimization survey, the NFHS remains the most credible source of crimes against women. 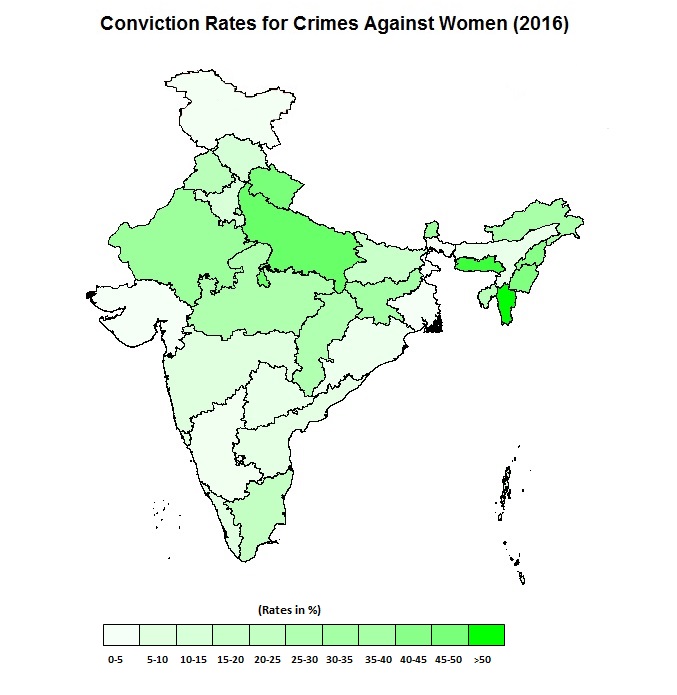 As the whole nation is demonstrating against the chilling and fateful incident of Hyderabad, there are other ghastly rape cases that took place in the same week across India:

So what conclusion can be drawn out of this astronomical increase in barbaric rape cases across the country? Often around us, we see girls say 'it is not safe to go out in the night' or 'let's get back inside at a decent time'. The question is who decides decent? who decides when a girl should go out and when she should come back inside the house? Is it fair to let this 'self-retrospection' of safe surroundings become the new norm wherein this becomes something which every girl in this country learns to live with? And if so, what would we tell our future generations, we curtailed the victims because we could not control the accused? The need is not of one week of immense retrospection and protests, but a constant surge of changing mindsets, not today, not tomorrow, but every day.