The Delhi Government on Sunday has recommended the rejection of the petition of one of the convicts in the Nirbhaya gang-rape murder case, who had applied for mercy petition.

The Delhi Government on Sunday, has recommended the rejection of the petition of one of the convicts in Nirbhaya gang-rape  murder case, who had applied for mercy petition.

Earlier this week, a Delhi Court while hearing the December 2012 Nirbhaya gang rape and murder case, observed that "human rights of the victims are equally important as that of the accused". "If we are conscious of the human rights of the accused persons, we should also be concerned about the rights of the victims," said Additional Sessions Judge Satish Arora, while hearing a plea filed by Nirbhaya's parents seeking directions of the court to expedite the procedure to execute the convicts. 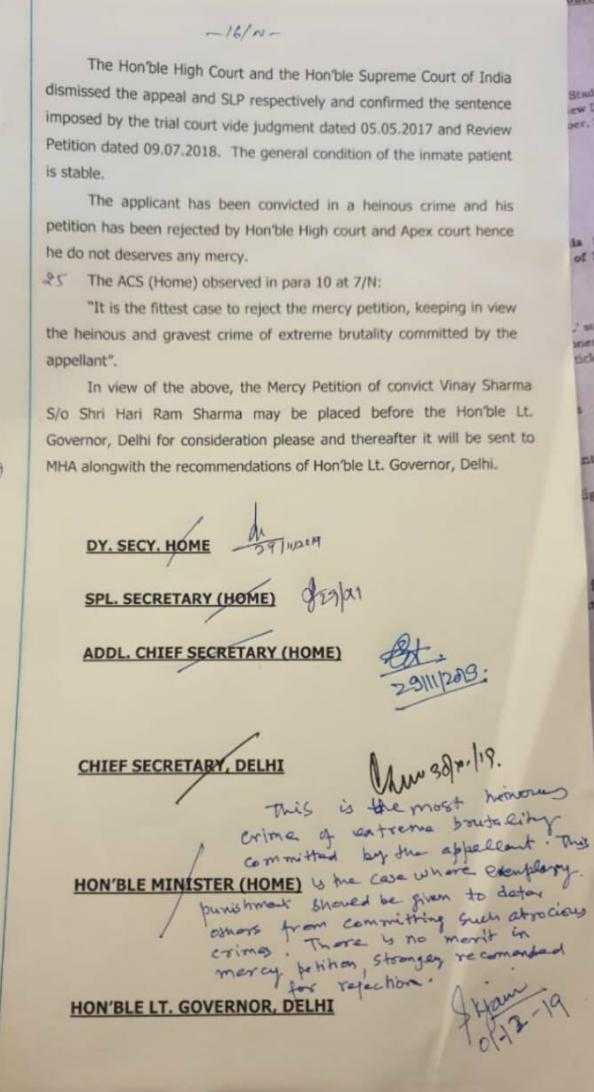 Informing about the current status in the case, amicus curiae Vrinda Grover told the court that the accused have not exhausted the legal options. The court will have to wait until the mercy petition is decided.

The court has decided to take up the matter on December 13.

In December last year, the parents of Nirbhaya, the 23-old paramedic who was gang-raped on December 16, 2012, approached the court to fast-track the procedure to hang all four convicts in the case. Supreme Court on December 12, 2018, dismissed the PIL seeking a direction to the Centre to execute the death penalty awarded to four convicts -- Mukesh, Pawan, Vinay, and Akshay -- in the sensational Nirbhaya gang rape and murder case.

The victim had succumbed to her injuries on December 29, 2012, at the Mount Elizabeth Hospital in Singapore where she had been airlifted for medical treatment.